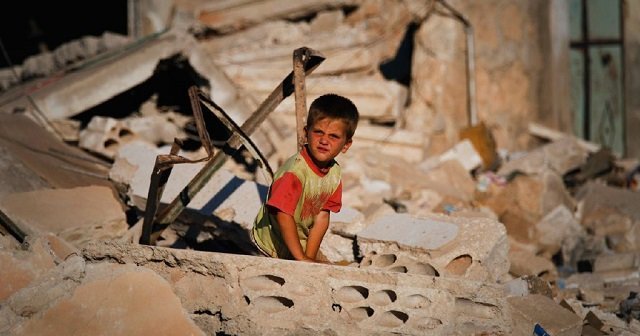 Snapshot of a Syrian Life

How much do you know about the Syrian people? Not about our history, but rather about our modern living conditions and character that guide us. Here is a tiny snapshot that we hope will chaperon you into new knowledge. Here is a snapshot of a Syrian life.

On the receiving end, terror has become part of our constitution ever since the Assad regime ascended to power. The terror of this family, up until March of 2011, enveloped the daily routine of Syrians the moment they opened their eyes until they went to bed. In between, Syrians were always careful in what they said, whom they saw, and how they conducted themselves. Like zombies, Syrians became shadows of themselves just processing constantly a strict diet of anticipatory questions any Government security thug can stop them at any moment to threaten their liberty and collapse their world.

In Syria, we inhaled and exhaled fear like oxygen in other countries. Your skin pores became its dispensers at a very early age; and if those pores did not dispense properly, you were thrown in jail for no reason to tattoo fear into your soul. To those who grew up in normal societies, you could never understand the fear we experienced unless you were born into its bosoms, tasted it in your mother’s milk and saw it in the furtive eyes of your father. It was not a moment, but a state of mind permanently etched in our memory.

For those who escaped Syria because of comfortable surroundings, fear followed you in the form of social clubs Syrian Embassies, using informants, agents, and willing supporters, founded to keep an eye on you and to remind you that shedding the fear they etched into you in a free society has consequences to your next of kin back home. Worse yet, these clubs had happy names like the Syrian Friendship Association or the Syrian American Club. Informants in these clubs reported back to Embassy staff who reported back to the hundreds of security branches in Syria, which, within days, visited your next of kin to threaten his/her existence.

Silence, in the Syrian Diaspora, is worth its weight in gold. That’s a snapshot of a Syrian life.

Fear, for the novice among you, is the difference between an accomplished person or a person occupying a space your parents should have known better not to let you have it in the first place. Fear, on a grand societal scale, freezes time for those experiencing it. You become a machine inhaling it and exhaling its gases in a very orderly and systematic way. Your accomplishments, as a member of that society, are to survive the oppression and never get into trouble.

Imagine for a moment a whole country whose contribution to humanity is expressed by citing the lucky streak in the lives of its citizens because they avoided jail. This is the Syria of the Assad family. Some people think it is OK or even normal to live under these conditions.

Some Syrians, after 42 years of the Assad hellhole, revolted and became real terrorists; like Musab al-Suri (Released by none other than Assad to terrorize the West the way he terrorizes Syrians) and even Bin Laden whose mother was Syrian. Those are the exception because the majority of Syrians have never terrorized anyone. We never blew buses in Jerusalem full of Jewish students or attacked discos in Germany or Synagogues in Argentina and France. Not because Assad was keeping a tap, but because we are peaceful and docile by nature. How else can you describe a people that took 42 years of extreme oppression to rise?

Syrians rising today will die before they return to the old Assad regime, and since Assad himself is a butcher, the international community’s lack of support for our cause for freedom from tyranny is driving millions of lambs into the Assad factories of death. The world is not only letting Assad kill at will without doing the necessary to stop him, but also it seems the world wants to corral Syrians to the edge of an abyss to begin the real slaughter awaiting millions of Syrians.

People who call for Assad to remain in power or who call for no intervention in Syria are complicit, whether they realize it or not, in the demise of a peaceful people. They are the creators of the snapshot of a Syrian life. Six thousand Jihadists Assad created cannot possibly be worth 23 million Syrians. If terror, be it Assad’s or the Islamists, are our goals, what signal is the world sending when it nips one at the expense of the other? We must work together to eradicate all terror in every corner in the Arab and the Muslim world. Assad is terror, not the answer to terror.

Syrians will not return to the Assad era anymore, death is heavenly in comparison.

Snapshot of a Syrian Life