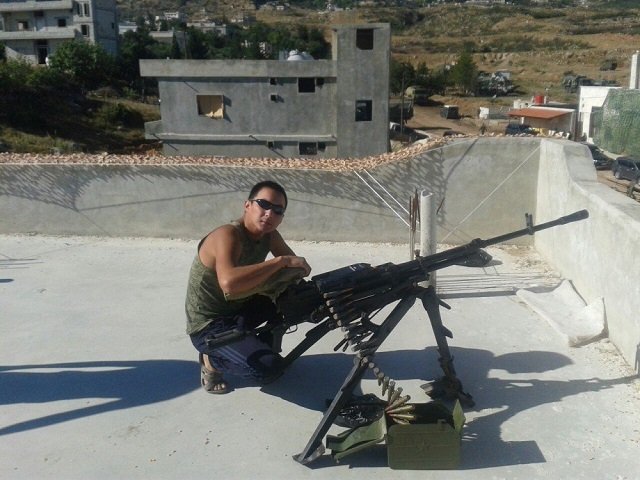 Three serving or former Russian soldiers have been geolocated by photographs in Syria, including locations near Aleppo, Hama, and Homs, Russian bloggers said on Sunday, suggesting the Kremlin’s operation stretches well beyond its air campaign.

Russia first launched air strikes to support the psychopath Baschar al-Assad in Syria’s four-year civil war on Sept. 30 but has repeatedly said it has no intention of mounting a ground operation.

It has instead said it will limit its help to military trainers, advisers and deliveries of military equipment.

U.S. security officials and independent experts told Reuters last week that Moscow had increased its forces in Syria to 4,000 personnel from an estimated 2,000. A U.S. defense official said multiple rocket-launcher crews and long-range artillery batteries were deployed outside four bases the Russians were using.

Sunday’s report by Conflict Intelligence Team (CIT), a group of Russian investigative bloggers, said that photos on social media had been used to geolocate three Russian serving or former soldiers in Syria.

“Although we still don’t have indisputable evidence of Russian servicemen taking a direct part in the fighting on the ground in Syria, we believe the situation observed contradicts the claims of Russian officials that Russian troops are not taking part and are not planning to take part in ground operations.”

Russia’s military jets are based in Latakia in western Syria, far from where the three men were geolocated.

The Russian defense ministry did not respond to a written request for comment on Sunday to respond to CIT’s findings and to clarify the nature of its ground operations.

It showed both of them had recently posted pictures with geolocation tags in Hama Province. Saryg-Ool’s page, which had previously shown him posing with a heavy machine gun and in the cab of what CIT said was an artillery tow truck, was not available on Sunday.

When contacted by Reuters on Sunday, Boldyrev denied in a message he was an acting serviceman sent to Syria, saying the picture of him and other soldiers had been taken when he was a conscript. He did not explain why one of his own pictures was geotagged Hama, Syria.

CIT also published screenshots from the Instagram page of Ilya Gorelykh, who it said had served in Russia’s GRU special forces in the past.

In late October it showed he had uploaded pictures from Aleppo, one of which showed him holding an assault rifle while wearing civilian clothes. Another image of him posing in camouflage with three other armed men was apparently taken in Homs.

The pictures were not available on his account on Sunday.

CIT, led by Ruslan Leviev, has previously worked to uncover information about Russian military deaths in Ukraine. In late October it was first to report the first confirmed death of a Russian soldier in Syria.

When one email makes it all worth it
Iranian General Was Killed by ISIS Near Aleppo
Syria’s Cry, America’s Cowardice
Putin Terror 435