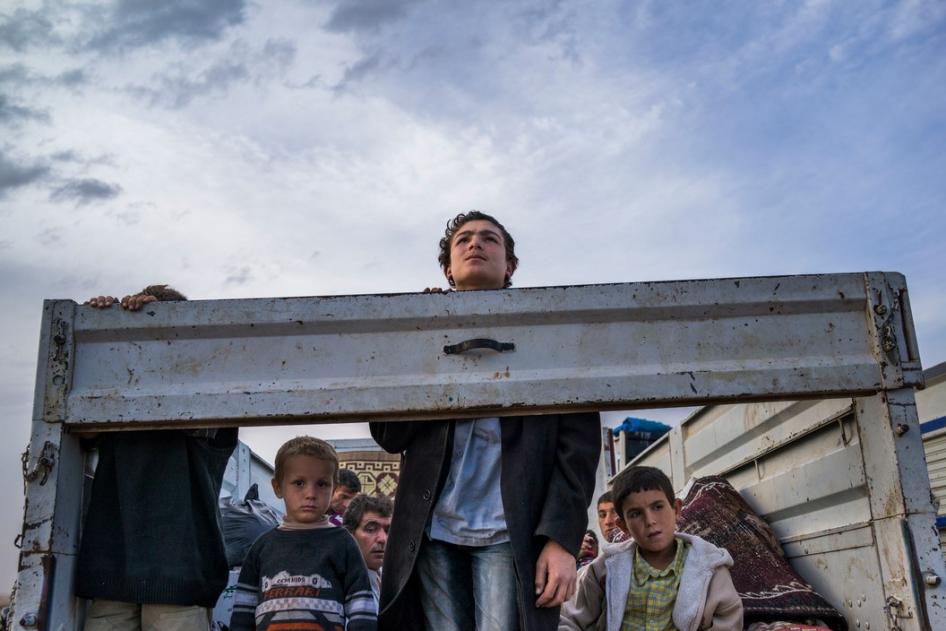 November 9, 2015 7:38 am 0
Plight of Syrian Refugees
Russia Warns US Against Defending Syrian Rebels
Syrian Children Refugees in Black and White

More than 400,000 Syrian children living in Turkey are not in school, largely because of financial hardship, a plight which could push more refugees into making a desperate journey to Europe or even returning to their war-torn homeland, Human Rights Watch said in a report Monday.

It called on the international community and Turkey to act urgently to ensure Syrians who have fled the four-and-a-half year conflict have greater access to education.

“With no real hope for a better future, desperate Syrian refugees may end up putting their lives on the line to return to Syria or take dangerous journeys to Europe.”

The U.N. refugee agency said last week it expected up to 600,000 migrants and refugees to risk the crossing from Turkey to Greece over the next four months alone.

Financial hardship was a major obstacle preventing Syrian children going to class in Turkey, HRW said, with refugees not permitted to work legally and often unable to afford any school fees or transport charges.

“Parents are often unable to provide for their families on the minimal income they make in the informal labor market, and as a result child labor is rampant among the Syrian refugee population.”

Many were also unable to attend school because of the language barrier, while others faced bullying and social integration difficulties and in some cases they were even turned away, HRW said.

In total, nearly three million children are out of school both inside and outside Syria, a country where once primary school enrollment was almost 100 percent, according to estimates from the U.N. children’s agency UNICEF.

More than four million Syrians have fled the conflict since March 2011, with the number of dead estimated at more than 250,000.

Turkey, which is hosting more than 2.2 million refugees alone, last year agreed to grant Syrian children access to public schools and to authorize temporary education centers set up by charities or other organizations.

But out of a total of 708,000 school-age children from Syria, only 212,000 were enrolled in formal primary or secondary education last year, HRW said, quoting Turkish education ministry figures.

Although the enrollment rate inside refugee camps was nearly 90 percent, most Syrians live in towns and cities across Turkey and there the rate was only 25 percent, it said.

“Securing these children’s education will reduce the risks of early marriage and military recruitment of children by armed groups, stabilize their economic future by increasing their earning potential, and ensure that today’s young Syrians will be better equipped to confront uncertain futures,” HRW said.