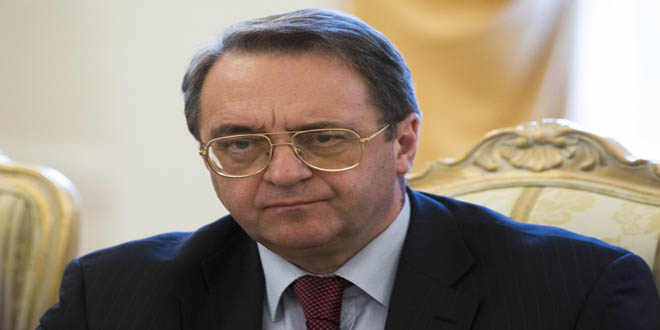 Russia may have finally succumbed to reality that the Assad regime is history. The NY Times is reporting that Mikhail Bogdanov, a deputy foreign minister and Russia’s top envoy for the Middle East made these comments to a Kremlin Advisory Group:

Unfortunately, it is impossible to exclude a victory of the Syrian opposition. We must look squarely at the facts, and the trend now suggests that the regime and the government in Syria are losing more and more control.

But don’t expect the Russians just to fold their tent and accept a new Islamist government in Syria if the Arab League appoints one. Russia will continue to play the spoiler, and will make every attempt to protect the strong Orthodox Church, which is in a precarious position given its support of the Assad regime.

The worst that could happen to Syria now is what happened to Egypt. If the Muslim Brotherhood ends up controlling any parts of the social or economic landscapes of the country, there will be dire consequences for all.

Syria free of terror means Syria joins the civilized world through verifiable and transparent elections. It also means the government will defend against terror of all kinds, and protect its minorities; preferably through a strong Constitutional mandate. Short of that, Syria is just another Arab country gone astray like all the defunct ones we see today in the region.

Syrians must not accept anything less.