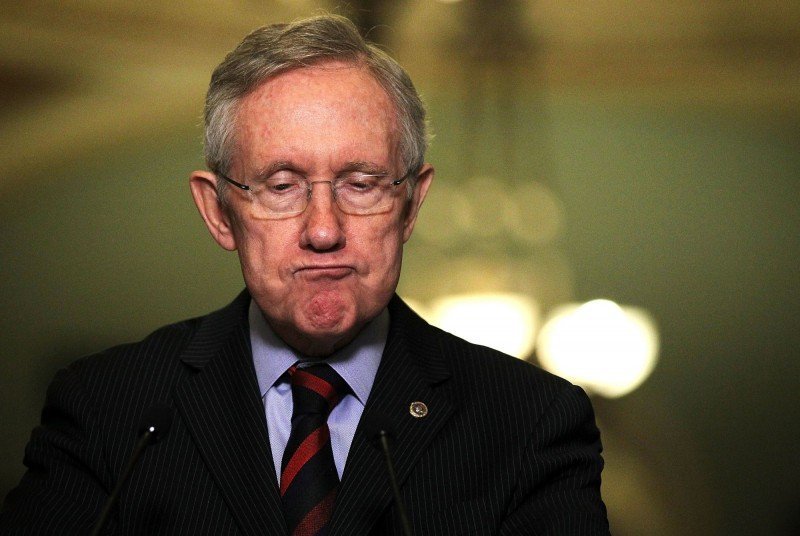 Reid: No role for Assad in post-war Syria

April 22, 2015 2:45 pm 0
Secretary Clinton Needs Her Own Margaret Thatcher Moment
Rifts in the Arab League Caused by Three Club Members, Two Observers, and One Syrian Dissident
Assad made beggars out of his people

Source: The Hill – Jordan Carney (Reid: No role for Assad in post-war Syria)

Senate Minority Leader Harry Reid (D-Nev.) said Wednesday that he will introduce a resolution that would back barring Syrian dictator t Bashar al-Assad from being included in a deal to end Syria’s civil war.
“I have to say that it turns my stomach to hear people talk about making a peace deal in Syria, and having Assad be a part of that deal,” Reid said. “How could we do that?”
Reid added that his resolution, which is nonbinding, will “make clear” that the Senate would oppose any role for Assad in a deal to end Syria’s civil war.
The Nevada Democrat’s resolution would also condemn the Assad regime and its military supporters for war crimes and crimes against humanity, and says that the Senate would support referring Assad and his supporters who have carried out the crimes to an international organization.
“There is clear evidence that Assad has continued to reign terror over his own people by using barrel bombs filled with chlorine to indiscriminately wreak havoc,” Reid said.
Reid’s resolution comes after a bipartisan group of senators called on President Obama to establish humanitarian safe zones for civilians in Syria.
The Nevada Democrat said since the Syria’s civil war started approximately 400,000 Syrians have been killed.
“He’s responsible for the vast majority of those deaths,” he said. “If there were ever, ever something that is evil, bad, wrong, it is what he has done.”

Reid: No role for Assad in post-war Syria