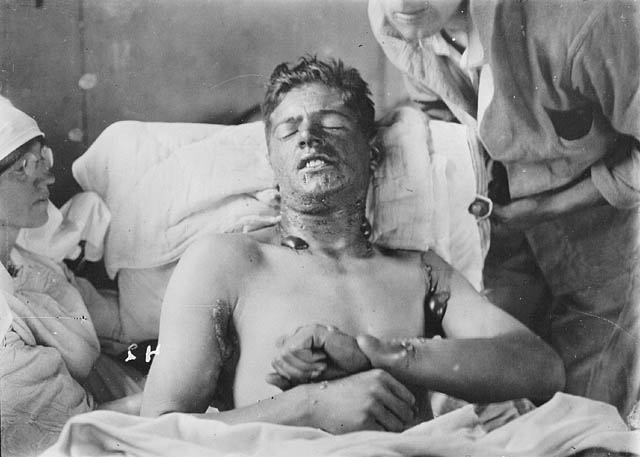 Chlorine attacks in Syria: Time to reassert a global ban

April 22, 2015 7:54 am 0
The Glorification of Suicide Bombers: Response to CNN’s John Blake
Of Montaigne, Facebook, and Revolutions
Bashar al-Assad is Syria’s problem, not its solution

As evidence mounts of Syria dropping chlorine gas bombs on civilians, the UN needs to act. On the 100th anniversary of the world’s first major chlorine attack, humanity must reaffirm a standard against such indiscriminate weapons.

As the United Nations debates what to do about the use of chlorine gas in Syria’s civil war, the world should take note of an important 100th anniversary. On April 22, 1915, Germany launched the world’s first large-scale use of the gas as a chemical weapon. Both sides in World War I ended up killing nearly 100,000 with this indiscriminate tool of war. Thankfully, global reaction led to legal prohibitions against the use or stockpiling of chemical weapons – but not enough to stop chlorine bombs from being dropped by helicopters in Syria.

Only the Assad regime uses helicopters in Syria, a big clue to the perpetrator of the recent attacks. The UN Security Council and the Hague-based Organization for the Prohibition of Chemical Weapons do not have hard evidence to assign blame. But the United States now claims the regime did drop chlorine barrel bombs on the town of Sarmin on March 16, killing six people. “The international community cannot turn a blind eye to such barbarism,” says Secretary of State John Kerry.

Will the world once again rise up as it did after World War I and affirm a global norm against this weapon of mass destruction?

Much progress has been made over the decades against this type of warfare, especially with the 1997 Chemical Weapons Convention. Under that treaty, most of the world’s stockpiles of chemical weapons have been dismantled. And after Syria used sarin gas on civilians in 2013, killing more than 1,000, the international community reacted swiftly. Syria was forced to agree to join the convention and submit to the removal of its toxic gas and nerve agents.

Under international law, however, Syria can still possess chlorine gas, a common-enough chemical that it is not a prohibited substance. Syria is just not allowed to use the gas as a weapon.

The US hopes the Security Council will create an “attribution mechanism” to provide proof of culpability for the chlorine attacks – enough proof to override resistance from Russia, a key ally of the Syrian government. In March, the Council was able to muster a consensus to condemn the attacks. But it did not point fingers.

President Obama has cited the barrel bomb attacks as a “core interest” of the US. As with the nuclear talks with Iran, he seeks to reinforce current treaties on the nonproliferation of weapons of mass destruction. Such treaties aim to protect innocent civilians from such weapons, a standard now widely shared by much of humanity. Perhaps marking the 100th anniversary of the first major wartime use of chlorine can help raise that standard even higher.

Chlorine attacks in Syria: Time to reassert a global ban