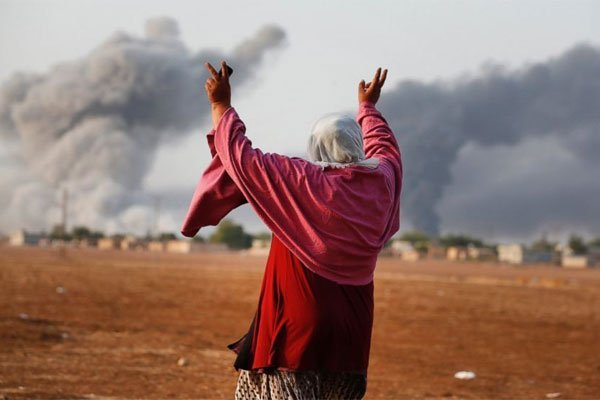 A bipartisan group of senators called on President Obama Wednesday to immediately establish humanitarian safe zones for civilians in Syria.

“More than 200,000 Syrians have been killed in the past four years, many of them children, and more than 12 million Syrians are in need of humanitarian assistance,” they wrote.

The senators called the civil war, which began in March 2011 with peaceful protests against the Bashar Assad regime, “the world’s worst humanitarian crisis in recent times.”

“While we may have disagreements on the broader policy toward the Syrian conflict, we all agree that this crisis is far from over and it is time for the United States and our partners to more aggressively address the terrible human suffering in Syria,” the senators wrote.

“Accordingly, we urge the rapid establishment of one or more humanitarian safe zones with the necessary enforcement mechanisms, including the potential use of air assets so that civilians can be protected and receive unfettered humanitarian aid,” they said.

They argued that establishing a safe zone, which would require the U.S. and coalition partners to patrol the skies above Syria, would help alleviate some of the human suffering in Syria.

The senators said nine million Syrians have been displaced from their homes, and are either displaced within Syria or living in permanent exile in neighboring countries.

The U.S. has only taken in fewer than 800 Syrians since the conflict started, they said. Jordan is hosting more than 1.3 million refugees.

The senators said Syrians who do not find safe haven aboard are “exposed daily to the atrocities” of Assad and extremist groups, as well as hunger and disease.

“Nearly 2,000 barrel bombs were dropped in this past year alone, killing more than 6,000 people,” the said.

They said the use of torture, rape, and disappearances in Syria is well-documented by the UN and other humanitarian organizations, and entire areas have been deliberately blocked from access to food, water, and medical services.

“Protected humanitarian zones would provide safe haven to Syrians fleeing from these unacceptable conditions,” they said.