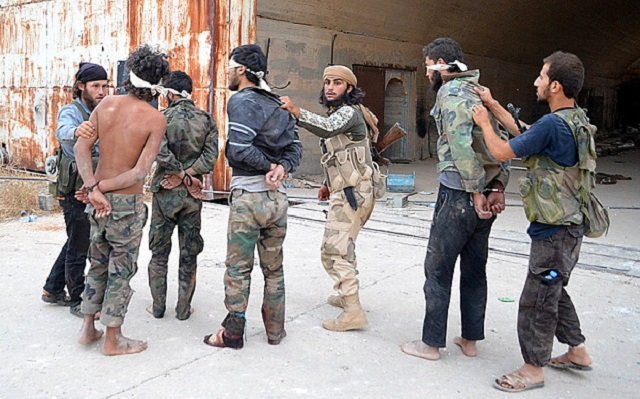 Syrian activists tracking the war said on Saturday that Islamist rebels executed 56 Assad troops at an air base captured from the army earlier this month in northwestern Syria.

The mass killing at Abu al-Duhur air base happened a few days ago, citing sources on the ground. The air base, located in the Idlib province, was captured by an alliance of groups including the al Qaeda-linked Nusra Front on Sept. 9.

“We confirmed it yesterday in the evening, via people who witnessed it, and via some pictures that arrived – the execution happened,” The activists told Reuters by phone.

When the air base fell to insurgents, Syrian state TV said the forces defending it had withdrawn after a two-year siege. It was the last position held by the Syrian military in Idlib province.

In total, the activists said a total of 71 members of government forces had been executed at Abu al-Duhur air base since its capture.