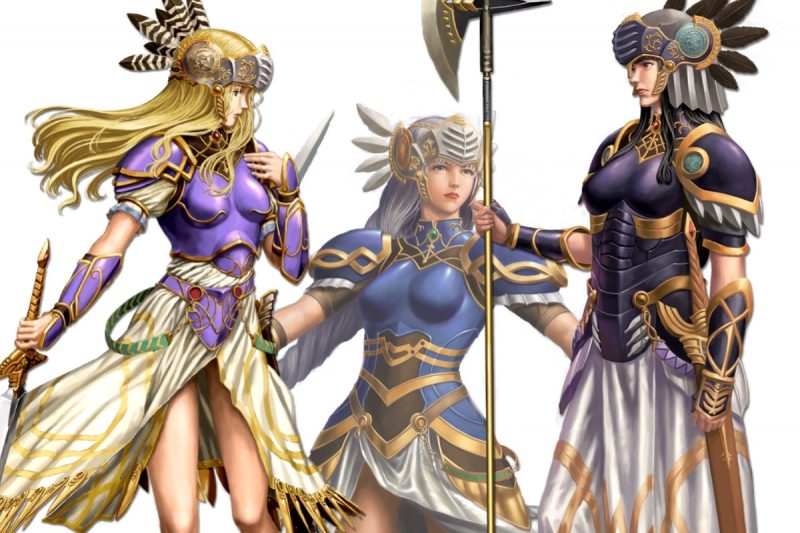 The Funeral Pyre of the Three Valkyries; the Real Obama Doctrine

February 15, 2013 10:52 am 6
INTERPOL Becoming Extension of Rogue Regimes
Any Reason Why the World Should Not Poison Vladimir Putin?
Defiling Deliberately the Image of a Syrian Refugee

PJMedia – By Michael Ledeen February 14, 2013 (The Funeral Pyre of the Three Valkyries; the Real Obama Doctrine)

Not so long ago, when President Obama reluctantly permitted American military power to be used in the Libyan insurrection against Muammar Qaddafi, it was said that he did so when three forceful women convinced him it was a moral imperative.  The three – Hillary Clinton, Samantha Power, and Susan Rice – were dubbed “the Valkyries,” and the “doctrine” they were credited with presenting to the president was “responsibility to protect” (RtoP, as it is called in the United Nations) or “humanitarian intervention” on behalf of innocents facing slaughter from their own rulers.

We were told that, henceforth, Obama and his warrior women would not tolerate large-scale bloodbaths directed by tyrants against civilian populations. No more Cambodias. No more Rwandas. No more Bosnias.

Quite aside from whether or not this was good strategic policy, pundits noted the “man bites dog” aspect of the story.  Strong women had imposed their will on the president and his male advisers (all of whom were opposed). Thus Maureen Dowd, for example: [1]

We’ve come a long way from feminist international relations theory two decades ago that indulged in stereotypes about aggression being “male” and conciliation being “female.”. And from the days of Helen Caldicott, the Australian pediatrician and nuclear-freeze activist who disapprovingly noted the “psychosexual overtones” of military terminology such as “missile erector” and “thrust-to-weight ratio.” Caldicott wrote in her book “Missile Envy:” “I recently watched a filmed launching of an MX missile. It rose slowly out of the ground, surrounded by smoke and flames and elongated into the air – it was indeed a very sexual sight, and when armed with the ten warheads it will explode with the most almighty orgasm.”

To be sure, the Valkyries of Norse myth didn’t save innocents; their main tasks were to decide which fighters survived the battle, and then rescue the spirits of the bravest slain warriors and accompany them to Valhalla, whence they would rise to fight again alongside Odin in the final battle against the forces of evil.  But never mind the technicalities;  they were armed and armored, and they were battle maidens, just like Obama’s Furies.

Not only had the American Valkyries imposed their will on Qadaffi, they had also squeezed a doctrine out of a president who had previously dithered his way through the earlier Iranian and Arab uprisings.  Or so it was said, by admirers and critics alike.

It didn’t last more than a few hours (the White House even told journalists that the women weren’t even in the room when Obama made his decision).  It was a one-off move that was likely prompted more by European (especially French) and anti-Qadaffi Arab insistence than by the arguments of the Valkyries. It was certainly not a principled world view that would become the trademark of our Nobel Prize winning president. You may have noticed the total silence about “RtoP” when it comes to Syria, where the slaughter has been orders of magnitude greater than anything Qadaffi likely contemplated.

The proof that RtoP was just the flavor of the day, rather than a new dispensation from on high, is the destiny of Obama’s Furies. If you scan the policy-making horizon, you’ll only find a single surviving Valkyrie: Ambassador Rice. And she was most recently in the headlines when she served as Obama’s lead propagandist for the fable that the attack on our facility in Benghazi was a spontaneous demonstration provoked by an evil video, and then withdrew from consideration as Hillary’s successor at the State Department. Hillary is gone. Samantha Powers is gone. And we’re left with an administration that abandons American diplomats under fire, vetoes proposals to support the Syrian opposition, begs Iran for a nuclear deal, and turns its back on oppressed and murdered people most everywhere.

There is an Obama Doctrine, but hardly anyone wants to acknowledge it. He favors anti-American dictators, and he could care less what they do to their people. That’s the doctrine that checks out: he favored the Muslim Brotherhood over the pro-American Mubarak; the Libyan insurrectionaries over Qadaffi, who had come to terms with the United States; the Iranian tyrants who crushed a pro-democracy uprising; and Assad (who, whatever Kerry and Hegel have said, is an enemy) against a revolution that at least contained pro-American elements, now suffering from Obama’s betrayal.

Samantha Power wrote a fine book about Bill Clinton’s historic failure to stop the Rwandan genocide. Maybe she’ll enlighten us about Obama’s brief flirtation with humanitarian intervention, and his subsequent abandonment of the very idea, along with the women who were its most forceful advocates.

The Funeral Pyre of the Three Valkyries; the Real Obama Doctrine