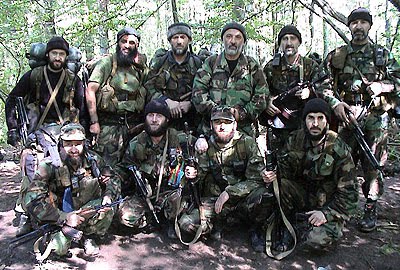 In a speech delivered at London’s Royal United Services Institute (RUSI) defense think-tank, British Foreign Minister William Hague warned that “Syria number one Jihadist destination anywhere in the world today”. He continued, “This includes a number of individuals connected with the United Kingdom and other European countries.”

The Jihadists are converging unto Syria in such large numbers it has sounded many alarms in Washington and European capitals. Needless to say that we find ourselves in this difficult situation because President Obama has refused to help the Free Syrian Army depose Assad in an expedient way, so the Jihadists filled the vacuum Obama intentionally left behind.

Everyone in Washington suddenly feels the urgency of Syria; a sort of heavy fog is descending upon the Nation’s Capital that usually precedes a political storm. Seasoned noses can smell it like Eskimos smell ice.

We would even go further by saying a pattern is forming with this administration when it comes to its foreign policy, which goes from apathy to urgency overnight. We saw it in Benghazi and we are watching it unfold in Syria. With urgency, more mistakes will follow because of the unprepared nature of hitting panic buttons.

President Obama is learning quickly that retreating commands a heftier price than maintaining the status quo; politically and security-wise. Although the political fallout will mostly become public after he leaves office when the American people suddenly realize the mess his policies have left behind will be too costly to contain, let alone repair. We hope you invested your Christmas bonus in US companies that manufacture drones.

The President never really grasped the scope and breadth of the danger of Islamic extremism landing in Syria. Today, Syria number one Jihadist destination.

We would imagine he assumed that if he withheld weapons from the Free Syrian Army, Assad would eventually win the battle. Obama has already calculated in his mind, because he is forcing a US retreat, that if Assad wins, it opens many doors of opportunities with Iran and Russia to retreat with little or no costs to his political reputation. But if Assad loses, it opens more foreign policy headaches for him. He was unwilling to tackle anymore problems because of his ideological position. Little did he know, though, it is this exact position that is leading us to the swampy trough.

Obama, in his brightest moments, after realizing the mistake he made in Syria, never assumed the Jihadists could win the war against Assad with the dinky weapons they had. This is why his rhetoric morphed from “Assad must go” to a new position serving political expediency of his Presidency.

That is not the first President to underestimate the danger of extremism, but he is the first President not to learn from his mistakes by his continued neglect of the fundamentalism threat and even supporting it (i.e. The Muslim Brotherhood); especially after what happened in Benghazi, which only he and his closest advisers are privy to its truth. In Syria’s case, our sense we only see the ugly tip of the iceberg.

We truly believe Obama is stuck in an ideological gear instead of responding responsibly to the security challenges facing the United States today. If he continues on this path, he will certainly leave behind a legacy of immense negative consequences for the US.