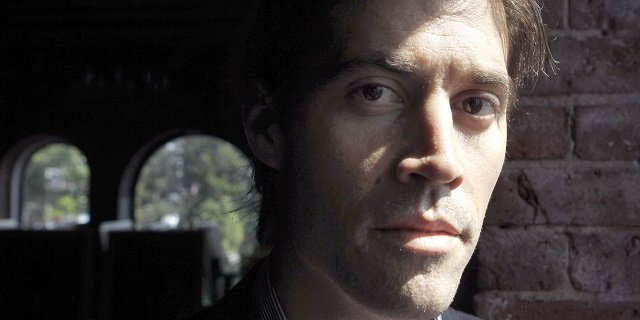 Prayer Vigil for US Journalist Missing in Syria

July 16, 2013 10:14 am 0
Obama rescue operation of the Assad regime
Ode to American reporters
Assad Masterminded The Paris Attacks Like He Masterminded Foley’s Beheading

There will be a global moment of silence and prayer for missing local freelance journalist James Foley, whose family lives in Rochester.

According to his mother, Diane Foley, the event will be held at 3 p.m. on Thursday, July 25. It will be a worldwide event, she said, since James has so many friends and supporters across the globe.

James Foley is believed to be a prisoner of the Syrian government. He has been missing since Nov. 22, 2012, when witnesses reported he was kidnapped by unidentified gunmen in northwest of Syria.

“We are coming up on the eight-month mark since James went missing,” his mother said. She expressed gratitude for the outpouring of support and love she has received concerning her son.

The moment of silence at 3 p.m. next Thursday will be expanded locally with a one-hour prayer service at Our Lady of the Holy Rosary Church, 189 North Main St. in Rochester. Anyone who wants to support James Foley and his family are welcome to attend the service.

The Foleys chose the date for the vigil because they named their son for St. James, whose feast day is July 25. St. James was one of the 12 apostles of Jesus and, according to the Roman Catholic Church, he was the first apostle to be martyred for his faith.

Diane Foley believes her son is still alive and being held prisoner. The family hopes prayers and good thoughts from across the world will sustain James during this difficult time. “A lot of intelligence points to James being a prisoner of the (Syrian) government, but there is no proof really. The government vehemently denies it and the rebel group also says they don’t have him,” Diane Foley said.

“We still believe he is in Damascus, but we can’t be sure,” she added.

In the months since James Foley’s capture, his family has pleaded for information about his whereabouts.

Last month, U.S. Sens. Jeanne Shaheen and Kelly Ayotte called for the State Department to bring its assets to bear in the search for Foley.

GlobalPost, the news website that employed Foley, conducted an exhaustive investigation and determined he was likely abducted by a pro-Syrian government military group, The Associated Press reported in June. Investigators believe Foley and one or more Western journalists are in a detention facility near Damascus.

“We’re very confident that Jim is well and being well cared for,” GlobalPost CEO Philip Balboni said last month, adding that he had “very specific” intelligence on Foley’s location, including the name of the detention facility, but declined to release that information publicly.

Foley has worked in a number of conflict zones around the Middle East, including Syria and Iraq. While covering hostilities in Libya in April of 2011, Foley and other journalists were taken captive by forces loyal to the government. Foley and fellow journalist Clare Morgana Gillis survived a barrage of gunfire from Libyan soldiers and were captive for 44 days before being released.

Prayer Vigil for US Journalist Missing in Syria