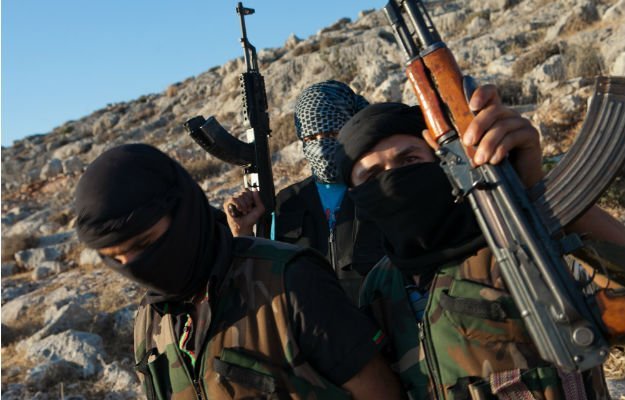 July 15, 2013 7:37 pm 0
Optimistic Facts and Predictions About the Arab Revolutions
Was Obama Syria Policy Partially Responsible for the Benghazi Tragedy?
Assad’s Train Schlepped by a Locomotive of Fetishism

Published exclusively for the Times of Israel (The Jihadists Defeat Assad, We Defeat the Jihadists)

Time is the most precious commodity for a violent ruler. With time, tyranny and terror will always find the means by which to derail the law abiding Western policies. Considering the state of affairs in Syria today, time is exactly what President Obama has furnished the Assad regime with, and indirectly the Iranian nuclear program.

However, because of a rather unintentional mistake the Assad regime committed, time may, in the case of Syria, work to our advantage if we can manage the patience and the foresight to defeat Assad using a tactic from his own playbook.

Baschar al-Assad, over the last two years of battling the Syrian people, calculated that if he can turn the civil war sectarian, he can rally the support of the minorities behind his rule, and at the same time invite the Sunni Jihadists to wage their war on him. Jihadists entering Syria have the capacity to scare the West into submitting to his will, which seems to have worked considering the shift we see in the public opinion over the last few months.

The fact that 6,000 lightly armed Jihadists can cause more panic than the 500,000 Quds Forces, Hezbollah, and Assad armies can seems to be inconsequential to those agitating over the Jihadists entering Syria. Six thousands Jihadists, to some, suddenly appear to be far more lethal than Iran and its nuclear program when Assad survives this war because of an extemporaneous panic.

The hole in this Assad strategic miscalculation relied on our panic. Let us be smarter than Assad, for a change, and consider the Jihadists are a blessing in disguise rather than a source of over-extended anxiety.

After all, a Jihadist is stateless, has no UN seat to run to, and no borders to make any legal claims the international community can take into consideration. A Jihadist can be droned without ruffling anyone’s feathers, he can be targeted without a need for a Kumbaya dance first, and when a Jihadist is killed, his foreign replacement is less likely to show up.

In other words, this enemy resembles the rats we take pleasure in exterminating and tell our children about it.

If Assad survives, however, the UN and the international law will forbid any action against a legal State, even if it sponsors terror. With Assad, we will be stuck with terror for possibly the next 40 years. The sensible solution is to accept the invitation the Assad regime extended to the Jihadists and turn this opportunity on him to defeat the Assad regime of terror, not extend its life.

Egypt has showed us that a liberal and a neutral army is capable of protecting its people from violence and religious terror. Having dealt personally with the Free Syrian Army ever since its high-ranking officers, already vetted by Assad for our benefit, began defecting in the summer of 2011, its leadership will provide the security to emulate what happened in Egypt after Assad is defeated.

How then can we keep the potent weapons from the Jihadists? Alternatively, and as important, how can we protect the minorities and the civilians given there is no international will for a no-fly, no-go zones?

These are the questions we should be debating, instead of panicking over 6,000 Jihadists in ways to erase our memory of why Assad built a North Korean nuclear reactor, or how he could use his chemical arsenal in the future against anyone that threatens his existence. Never trust the promises of a psychopath.

We should arm the rebels well to defeat Assad decisively, while keeping an eye on the Jihadists. The longer Assad is in power, the more time his cunning regime has to fabricate an exit that targets our fears.