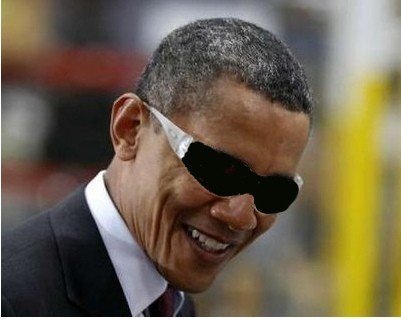 Is Obama that blind?

June 14, 2014 8:33 pm 0
Is Obama paving for a nuclear Iran intentionally?
More to Bandar Quitting
To Save Austin Tice

The Obama Administration is considering a military package to hit ISIS targets in Syria and Iraq. Is our President that blind?

How do think the Sunnis of the Arab world would perceive this gesture when Mr. Obama refused to punish Assad for gassing Sunni women and children? If our President wants ALL Sunnis to stand behind ISIS, then, by all means, strike them.

Nothing would please the Iranian regime more than to see America sink deeper into its swamp.

Has it occurred to anyone that al-Maliki?s actions in purging the Sunnis from his government may have been by design?

The only response to ISIS threat is for the US to take the sideline and watch like a hawk the events unfolding. This is an opportunity to collect immense good intelligence, not to take sides, which will inflame the passion of the Sunni masses.

ISIS would want nothing more than for the US to hit them because those drone videos would become their best recruiting tools ever.

Besides recruiting, if the US reacts, money will begin to flow uncontrollably to ISIS and the Ba?athists fighting by their side. Very rich Gulf States will view Mr. Obama?s quick reaction to defeat ISIS as compared to no reaction to defeat Assad, even when he kills women and children, as the US siding with the Shia against the Sunnis.

No Arab Sunni living in the region would view it as we all do, which is a preemptive strike to contain future damage.

Those Sunnis fighting side by side with ISIS fought by America?s side during the Iraq War. The fact Nouri al-Maliki, through disfranchisement and treachery, pushed them into the lap of ISIS does not mean it is our job to pay for al-Maliki?s utter stupidity. Iraqis have to solve their own problems. It is too late for America to interfere because interference will make matters far worse for the US.

I urge this administration to add to its team an advisor with an Arab background and total commitment to US interests to provide them with some common sense. Professor Fouad Ajami comes to mind. His expertise during these times of crisis for America is invaluable.

Otherwise, I am afraid the mistakes of this administration will be irreparably damaging to our national security.

The get-to-the-bottom president
Will Obama ask Iran to attack Israel?
Is Obama out to destroy the Free Syrian Army?
Slippery Barack Obama 976