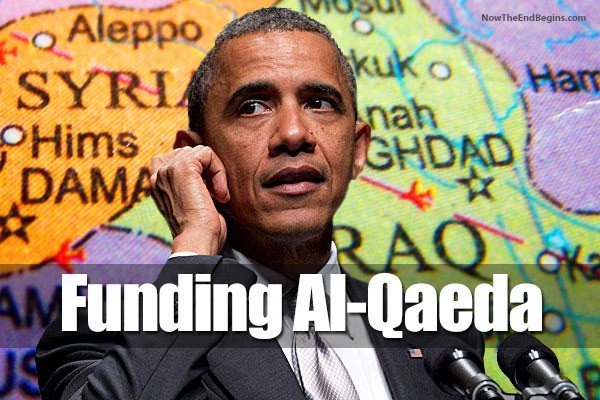 After much deliberation and two or three strolls with Denis McDonough, President Obama decided to dispatch secret envoys to ?vet? the Syrian opposition.

Carrying that responsibility fell on the shoulders of two men Mr. Obama hand selected for this dangerous job. Both men hate guns, the reason for which they accepted to carry out the secret mission.

I caught-up with Sean Penn and Oliver Stone over Skype after they returned from Syria to seek answers to some provocative questions I had.

Me: Did you vet any Syrian rebels to receive US weapons?

SP: We spent some time vetting.

Me: What do you mean by some time?

OS: We met with Assad mostly. President Obama suggested he would guide us as to whom should receive the US weapons.

Me: So Assad decided who gets US weapons to fight him.

OS (Winking): Clever of Obama, no?

Me: How many were vetted?

SP: We counted 14 tortured men, 8 blind children, and 6 pregnant women, 4 of whom we had to wait for Assad to release from jail through reconciliation. None looked like they could carry a handgun.

SP: The President asked to vet Syrians able to carry .38-caliber Smith & Wesson. The FBI found these lost handguns their own agents used in Chicago against Al Capone before upgrading to machine guns, and the President wanted to send them in support of the vetted Syrian opposition.

Me: Why do you think President Obama wants Assad to vet the Syrian opposition?

OS: You will have to ask the Mullahs of Iran this question.

Me: So Obama consults with terrorists about terrorism.

OS: Who else could tell you so much about terrorism but terrorists? Apparently, Khamenei is volunteering fabulous intelligence about terror in the region.

Me: What is the next step?

SP: Well, my agent said we could probably make a Hollywood blockbuster movie given how dangerous the mission was.

Me: What made it dangerous?

SP: The blind kids kept touching my face and calling for Angelina Jolie. I thought I was going to die.

Me: What name would be fitting for this movie?

SP: We should call it The Magnificent Barack Obama.

OS: I am thinking more like The Magnificent Mullahs in the times of Barack Obama, a much more appropriate title.

Me: Who else will star in the movie other than Mr. Penn?

Me: But he kidnapped Americans.

SP: Obama said he took a stroll with Denis McDonough, after which he decided this is the best way to apologize to the man, and I could not agree more.