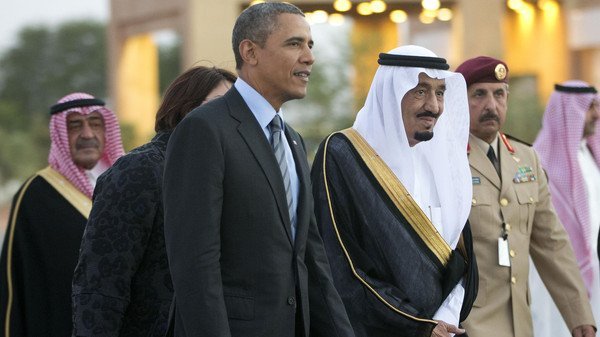 Of the two staunchest U.S. allies in the Middle East, Saudi Arabia and Israel, which country has good relations with Obama? The answer is neither.

Not Israel, which has suffered from Obama’s enmity, and not Saudi Arabia, which just announced it is dispatching its crown prince, instead of King Salman, to attend the Camp David summit next week with the US President. The White House already announced King Salman would attend.

What excuse the Saudis provided for this last minute change of plan? King Salman is supposed to open “… a humanitarian relief center that carries the Saudi monarch’s name” according to al-Arabya website.

It was Obama who called for this Camp David springtime chat by inviting highly skeptical GCC leaders all of whom are tired of Iranian terror and Obama’s passivity towards that terror. There is a good reason for King Salman snubbing Obama by not attending the Camp David summit.

As usual, with Susan Rice leading a team of inexperienced national security personnel, the White House has underestimated how angry are Arab leaders with Obama’s policies; especially those pertaining to his lax attitude towards Iranian expansionism.

King Salman snubbing Obama, we believe, is directly related to Obama ignoring Iranian terror and pressing for a nuclear deal every Arab knows Iran would not honor the same way Baschar al-Assad did not honor the full removal of his sarin and VX arsenal.

With a history of Iranians breaking almost every agreement they struck with the West, many believe that Obama may have ulterior motives for permitting Iran to run rampant and without any control. These motives have to do with his secret enmity towards Israel.

Fool me once, shame on you. Fool me twice, shame on me. Obama has already fooled the Israelis once, and King Salman is not about to let Obama fool him with empty promises he knows the U.S. President will not honor.

King Salman snubbing Obama will have repercussions beyond this summit. This White House must decide now how important will be this US-Iran deal if it unleashes a dangerous nuclear arms race in the region.

Barack, Michelle, and Valerie must decide whether a disastrous legacy is better than no legacy. They should know by now that it ain’t going to be that easy to harm Israel and the Arab Gulf countries.