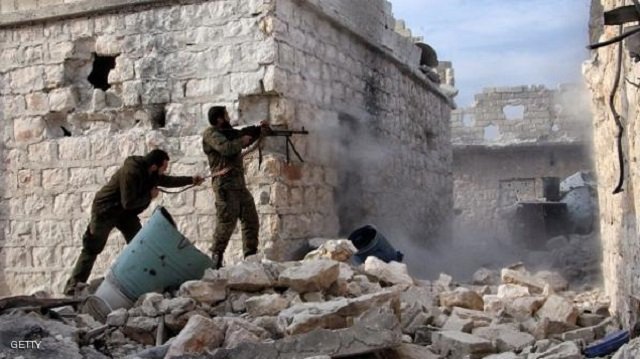 August 9, 2015 5:58 am 0
Could the Alawite Protests in Latakia Spell the End of Assad?
In Syria’s war, Alawites pay heavy price for loyalty to Bashar al-Assad
Assad Forces Advance in Latakia Dashing Hope for Peace Talks

According to activists on the ground, Jaish al-Fateh, an amalgamation of Islamist and non-Islamist anti-Assad fighters to include several Free Syrian Army battalions, has advanced on Saturday to occupy the village of al-Mashbak located in the northeast corner of Sahl al-Ghab.

During the battles, heavy artillery was used on both sides. Activists reported that the regime lost two T-72 tanks and several mechanized vehicles in al-Mashbak. Jaish al-Fateh was able to capture one T-72 tank in addition to several artillery pieces and large cache of ammunition from a defeated and retreating pro-Assad forces.

The activists reported that dozens of pro-Assad forces, Shabeeha and Hezbollah fighters fell during the battle. According to the same activists, several non-Syrian mercenaries also fell defending the Assad positions.

Only four villages remain to conquer in Sahl al-Ghab before Jaish al-Fateh is able to surround the Assad forces on three sides. The final battle for Sahl al-Ghab is upon us.

Sahl al-Ghab is an important stretch of land that, when conquered, provides Jaish al-Fateh direct access to Alawite villages and to Latakia itself. Latakia is Assad’s heartland and the largest bastion of his supporters.

The battle for this plain has been raging for over a month. It has been one of the deadliest so far in Syria’s civil war.