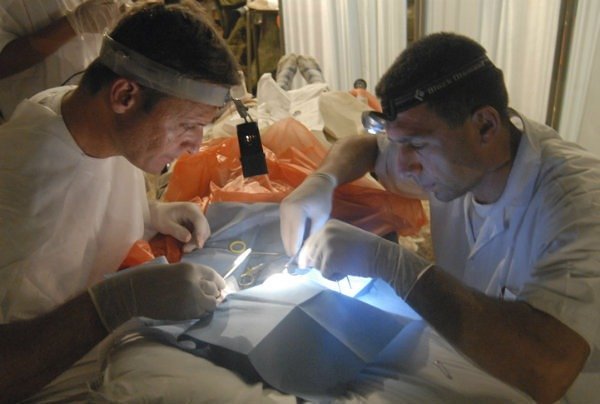 The world is focusing on the civilian deaths in Gaza by pointing the fingers at Israel. Has the world forgotten that when Baschar al-Assad was committing atrocities killing his own people, Israel was the only enemy country to treat the injured Syrian women and children?

It is hard to imagine that if the reverse took place, any Arab country would treat injured Jews in their hospitals. So, do not talk to me about Israeli non-existent crimes against humanity when history tells us Israel is the most human country in the region.

The UN is attempting to accuse Israel for crimes against humanity knowing well that such an accusation against a democratic and civilized country is far more serious than accusing the barbaric Assad of the same crime.

The UN?s basis is simply a body count odometer when the organization should look more closely at the culpability of Iran, the country behind the Hamas proxy, in causing civilian casualties in Gaza. History, again, is on that side of the equation, especially when the UN has documented the crimes Iran?s IRGC committed against Syrian civilians.

The same people at the UN accusing Israel of war crimes are the ones who voted for Iran to sit on the UN Human Rights Commission.

Syrians and Syrian-Americans, like myself, will never forget that when Assad was killing as many civilians as he could, starving them to death, bombing them with barrels full of nails, and gassing children and women in Ghouta, PM Netanyahu was visiting the injured Syrians in his hospitals to wish them fast recovery.

It is truly laughable to think the same PM of Israel would be accused of any crimes when we have his history of compassion to compare with the barbaric history of Iran and Assad.

Go figure the credibility of the UN.

The Audacity of Speaking About Peace and Occupation
Obama Unleashing Iran Upon Its Enemies to Include Chemical Warfare
For Obama to act
Support U.S. Allies 152 Syria News 1210 Syrian Revolution 1352