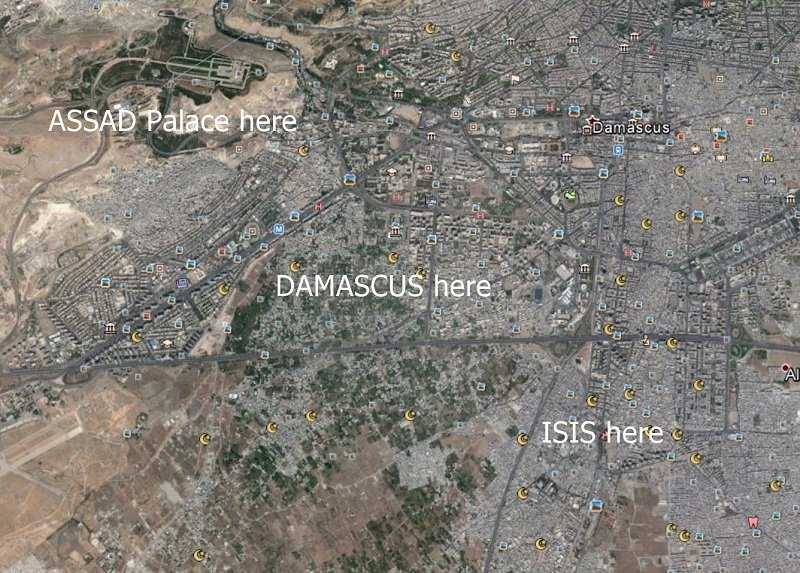 Islamic State of Iraq and Syria (ISIS) militants battled Syrian rebel forces in a Damascus neighborhood on Monday, bringing the jihadists closer than ever to the center of the capital.

ISIS militants fought street battles against Islamist rebels in Asali, part of the capital’s southern Qadam district, after seizing two streets there over the weekend. ISIS edges towards the heart of Damascus.

“This is the closest ISIS has ever been to the heart of Damascus,”

They said the jihadists had advanced from the adjacent al-Hajar al-Aswad neighborhood, where they have been based since July 2014.

A Syrian military official confirmed the clashes and said he was “very happy that they are fighting.”

“But we are ready to react if they try to advance into government-held territory,” the official told AFP.

Opposition-held Qadam has been relatively quiet since a truce between rebel groups and regime forces there a year ago.

It said fighting in the district on Sunday left 15 fighters dead, but it could not specify how many were from ISIS and how many were Islamist rebels.

Since its expulsion from the Eastern Ghouta suburb of Damascus last year, ISIS has used Al-Hajar Al-Aswad as a base for attacks on the capital.

In the northwest province of Idlib, the powerful Army of Conquest alliance edged closer to Fuaa, one of two remaining regime-held villages in the province.

The alliance, a collection of Islamist and jihadist groups including Al-Qaeda’s Syria affiliate, seized the village of Sawaghiya on the southeast edge of Fuaa early Monday after overnight clashes.

The fighting left nine fighters from both sides and two civilians dead.

After capturing the majority of Idlib province, the Army of Conquest surrounded and began heavily shelling the Shiite Muslim villages of Fuaa and Kafraya.

This month saw two failed attempts at reaching broad ceasefire deals including Fuaa, Kafraya, and the rebel stronghold of Zabadani in Damascus province.