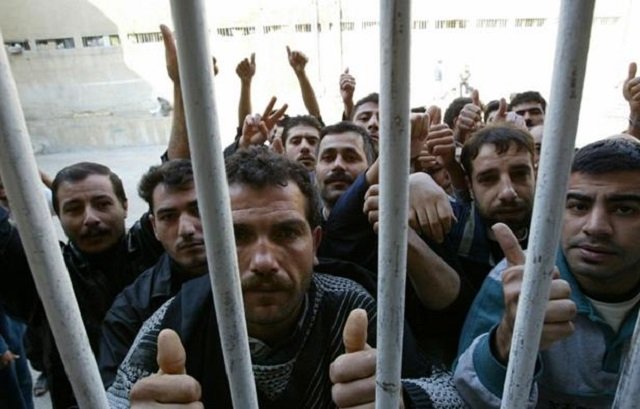 September 9, 2015 7:13 pm 0
Asma Honey, Where is The Money?
Suicide Attack at Damascus Police Club Kills Many
Genocidal Maniacs Outrage by Assad and Hezbollah

The Army of Islam rebel group has reportedly advanced to the outskirts of the infamous Damascus Central Prison in the northeast of the capital, which houses thousands of inmates.

“On Tuesday afternoon, the Army of Islam’s mujahideen began a special operation, the goals of which include the liberation of the Tel Kurdi area and the capture of the women’s prison in Adra to free the women detained inside the prison’s walls,” the group said in an official statement.

The pro-opposition All4Syria outlet reported Wednesday morning that fierce clashes had broken out on the Tel Kurdi front, which lies roughly one kilometer away from Damascus Central Prison in Adra, for the first time in several months.

The Syrian Observatory for Human Rights also reported on the fighting,saying that “locations in eastern Ghouta’s Tel Kurdi were subjected to shelling by regime forces, causing the death of an Islamist fighter.”

However, the monitoring NGO only briefly mentioned the clashes, without going into further details, while pro-rebel news sources touted Army of Islam advances near the prison.

All4Syria, for its part, claimed that the Army of Islam and allied factions had taken control of a number of regime positions in a new attack near the women’s wing of the facility, more commonly known as Adra Prison.

According to the outlet’s correspondent, the clashes have led to dozens of deaths and injuries in the regime’s ranks, and several injuries among fighters in the Army of Islam, the largest rebel group operating the Damascus area.

The correspondent—who is based in the Army of Islam’s Eastern Ghouta stronghold—added that that the rebel group had taken control of the Tel Kurdi Mosque area, the nearby steelworks, and attacked the defensive lines of the women’s wing of the prison.

In turn, Syria’s official news agency SANA reported that the Syrian Army had “clashed with terrorists from the so-called ‘Army of Islam’ who last night infiltrated the area around several military positions in the Tel Kurdi farms and Al-Riyhan, to the northeast of Douma.”

SANA quoted a field source as saying that the clashes had ended with “the infliction of big equipment losses on the terrorists and the death of at least ten of [their fighters].”

The sources denied “what has been circulated by media outlets participating in the crime of shedding the blood of the Syrians about what they called ‘an advance’ by the Army of Islam in the area around Damascus Central Prison.”

“This gossip is completely devoid of truth.”

The Damascus Central Prison, which has been the detention center of political detainees as well as common prisoners, is desperately overcrowded and suffers from appalling living conditions.

The pro-Syrian regime Al-Watan newspaper in late 2014 quoted a public prosecutor as saying the facility “needs a thorough overhaul.”