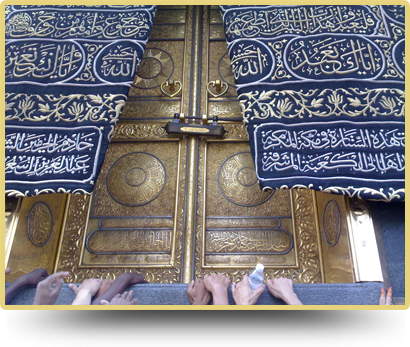 Mecca Goes Through the Gates of Damascus

December 29, 2015 8:09 am 0
Kerry and Top State Dept Officials Split Over Syria Talks
Which is Worse: Those who Permit Violence or Those Who Refuse to Stop it?
Secretary Clinton Needs Her Own Margaret Thatcher Moment

During the pre-sectarian Syrian civil war of 2011, Damascus was a secure capital acting, on essential Arab League issues, like an Arab nation even as the tyrant Baschar al-Assad opened the gates of Damascus wide open to Iranian influence. Since the Russian invasion, however, Putin may have turned Damascus into his Trojan Horse to serve the ultimate goal of reaching Mecca. For Putin, Mecca goes through the gates of Damascus.

From Russia’s point of view, al-Qaeda, Jabhat al-Nusra, ISIS, and any other Salafi Sunni terror group are pupils to a larger school of thought emanating from the central Najd region of Saudi Arabia. They are all disciples of Wahhabism, an Islamist austere doctrine whose origins date back to Mohammad ibn Abdul Wahab (1703-1792) and his attempts at ‘purifying’ Islam. Between religious Wahhabist Imams, scholars, and adherents and the more moderate al-Saud ruling family, there is a sort of pact that long held the alliance together in which both, religious Wahhabists and political al-Sauds, fulfilled their roles respectively without one interfering in the affairs of the other. If al-Sauds attempt to break that alliance, civil war would ensue in Saudi Arabia.

The free reign the Wahhabists enjoy in spreading their brand of Islam is directly related to the safety of the rule of al-Saud. It is no different from the pact Putin struck with the Orthodox Church in Moscow to protect his own rule. We believe Putin’s true aims in Syria are beyond protecting an insignificant one man in the personae of Baschar al-Assad. We believe Putin is using the opportunity permitted by a reluctant and retreating American foreign policy, to re-shape Islam by crushing its source of fanaticism and backwardness. If Mecca is the ultimate goal, Putin may believe Mecca goes through the gates of Damascus.

How is that possible, one must ask, considering Putin’s economic limitations to wage a long and secret war against Wahhabism in Saudi Arabia.

Putin may be hedging his bet on ISIS doing its part as it did in Paris and San Bernardino. The terror group has become Putin’s best Ambassador to rally the West to support his mission. That mission starts by empowering Assad, bombing to smithereens all the Syrian Islamist and non-Islamist opposition supported by Saudi Arabia, hoping and even encouraging ISIS to paint their masterpieces of terror in the West, and funding far-right political parties in Europe, which Putin would need in power to financially support his long-term mission. Donald Trump making friendly gestures towards Vladimir Putin on his campaign trails is music to Putin’s ears.

For Putin, Mecca goes through the gates of Damascus, which, if Putin wins by keeping Assad in power, is a defeat for Saudi Arabia Putin can leverage to destabilize the kingdom with help from the Iranian regime in Tehran. Such adventurism will put an end to Saudi manipulation of oil prices as oil security or lack of would spike prices to new heights.

There is a high degree of speculative angle to this analysis. However, the pieces of the puzzle in this giant canvas fit, to a certainty, an outcome where eradicating Islamism may have become someone’s goal to save the Western civilization. Putin believes fate may have entrusted him with this task if one considers his long career fighting Islamic terror at home and now abroad. He is seizing the opportunity because the stars are aligned, between a feckless American administration and ISIS terrorizing the West, to shape the Muslim Arab world differently.

At the least, a Mecca out of the hands of Wahhabism can rejuvenate reformist discussions of Islam, and in the best of scenarios can put an end to religious-based Sunni terror. Such is not possible without also eradicating the Wilyat al-Faqih terror in Tehran practiced by the Mullahs. Could the latter be the reason why meetings between Russia and Israel are mired in absolute secrecy? Maybe. Or maybe, our imagination is out of control.

Islam needs a fresh start. The actors in control of Islam’s destiny, be it Sunnis or Shiites, have proven to be enemies of humanity and its advancement. The well is too poisoned to be purified one drop at a time. If Putin’s goals go beyond the pettiness of installing inconsequential tyrants, then moderate Muslims should rejoice in the knowledge that our failures may have sparked real change finally.

Mecca Goes Through the Gates of Damascus