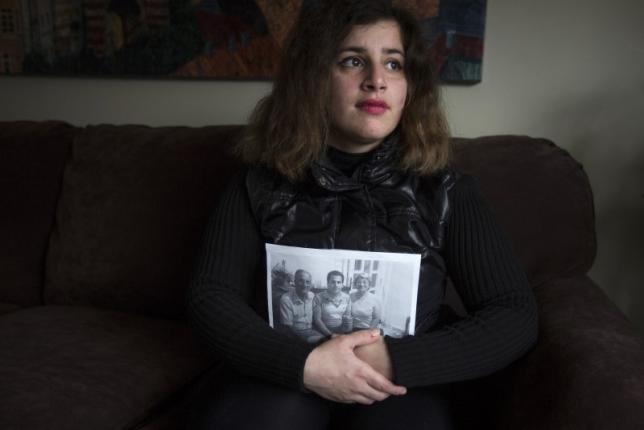 60 Million People Uprooted From Their Homes in 2015

December 29, 2015 12:36 pm 0
How else would they survive?
Syrian Refugees Biking Across the Arctic Border
Son of Holocaust survivors fights to save Syrian refugees

The year 2015 saw a record number of people fleeing their homes, with more than 60 million people uprooted by wars, conflict and persecution in countries ranging from Syria to South Sudan and Afghanistan, according to the United Nations.

Worldwide that means one person in every 122 has been forced to flee their home, displaced within their own country of forced to move to another country.

Here are two Syrian stories and their hopes for 2016:

One time ISIS went next door and put snipers there. When I was going to school, a sniper shot at me three times. I was lucky he missed me.

My mom came a couple of times to America and she loved America so she named me Sandy. It is an American name because she wanted me to come back here. And here I am. Her dream came true.

I came here as a student. I came because I’m an ambitious woman. I want opportunity to build my future. My dream was to work with NASA. But I’m struggling financially because education here is so, so expensive.

I’m a civil engineer, and I’m working a job for people who graduated from high school. With that money, I trained to become a concrete inspector certificate.

One day I went to a church. The pastor and I we started talking, and he told me: “I will help you.” Until now, the church keeps sponsoring me and they offered me a place to stay.

My hope is in 2016 to be reunited with my family here in America and to be a good American. I love America.”

“My life in Syria was good. Not very rich, but easy. My husband was in construction but was injured and cannot move. I am the head of my household.

Why did I have to leave in 2012? It was, simply, the war. Syrian Air Force strikes next to the house. My daughter suffers from post-traumatic stress. She frequently has night terrors. She is 10 years old.

I live in a very good neighborhood in Mafraq (northern Jordan) where my Jordanian neighbors are very kind. But I would like to be in a place where I don’t need anyone to help me. I receive cash assistance from UNHCR, but it is barely enough to cover the rent.

I am currently four months behind in rent. I hope that in 2016 I can catch up on my payments and be able to pay rent on time. I would also like to find psychological help for my daughter.”

60 Million People Uprooted From Their Homes in 2015

How else would they survive?
Syria After Four Years of Mayhem
Latin American Nations Offer to Take in Syria Refugees
Syria 450