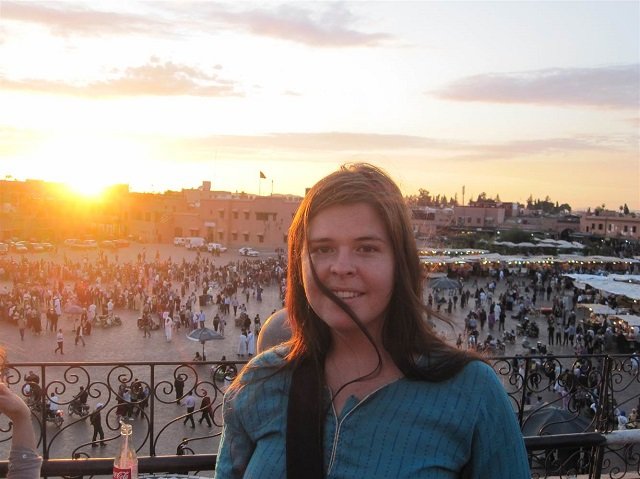 August 15, 2015 11:43 am 0
Do Not Free Austin Tice
Assad, ISIS Have Been ‘Ignoring’ Each Other on Battlefield, Data Suggests
One More Sign of Syria’s Assad Influence Over ISIS

Kayla Mueller, the American aid worker who died while being held captive by ISIS, was repeatedly raped by the terror group’s leader in Syria, her family confirmed Friday.

The sexual assaults are the latest outrage by ISIS, which has published graphic videos showing the beheading of captives, among other atrocities. Kayla Mueller, a 26-year-old from Prescott, Arizona, was captured by the terror group in Syria in August 2013, and in February the U.S. confirmed she died in ISIS captivity.

The sexual abuse by the ISIS leader was first reported by the Independent newspaper of London.

“They told us that he married her, and we all understand what that means,” Carl Mueller, Kayla’s father, told The Associated Press.

Her mother, Marsha Mueller, added, “Kayla did not marry this man. He took her to his room and he abused her and she came back crying.”

The assaults took place at a home where Kayla Mueller was being held along with girls from an Iraqi religious minority group who were also sexually abused, The AP reported.

One of those girls, 14, escaped in October 2014 and, after returning to Iraq, told U.S. officials that al-Baghdadi frequently visited the house and took Kayla Mueller as his “wife.”

The American officials corroborated her account with other intelligence and passed it on to Kayla Mueller’s parents, according to the AP.

Mueller was being held by top ISIS operative Abu Sayyaf. “Our understanding she was kept by Sayaff but that she was the ‘property of’ Baghdadi,” the family spokesperson said in a statement to NBC News.

Mueller was captured along with her boyfriend after leaving a Doctors Without Borders hospital in Aleppo, Syria, in 2013. He was released, and she was held for 18 months before she was killed under circumstances that remain unclear.

ISIS claimed in February that she died in a Jordanian airstrike near Raqqa, the group’s self-declared capital in Syria. U.S. officials say they have not corroborated that account, and have said that ISIS is responsible for her death.

Abu Sayyaf was killed in a raid by U.S. Special Forces in May. Abu Sayyaf’s wife, Umm Sayyaf confirmed that al-Baghdadi had “owned” Kayla during Umm Sayyaf’s lengthy American interrogation in Iraq, the Muellers said they were told by American officials.

When al-Baghdadi visited the Sayyaf house, he would take Mueller to his room, the 14-year-old Yazidi girl told American officials, according to the AP. Kayla Mueller told the other captives what had happened.

“Kayla tried to protect these young girls,” Marsha Mueller told the AP. “She was like a mother figure to them.”

When the 14-year-old girl escaped, she asked Kayla Mueller to go with her, but Kayla Mueller refused, saying she would draw too much attention and risk endangering them, Mueller’s parents said they were told.

By the time word of Kayla Mueller’s situation made it to American commandos in Iraq, she had been moved, her parents said they were told.

Kayla Mueller herself wrote in letters in spring 2014 that she was in good health and being treated well. Some officials have speculated that she was forced to convert to Islam, but the Mueller family said they were not informed that had happened.

The family has criticized the U.S. government for moving too slow to try and rescue her.

She was among the U.S. hostages Army Delta Force commandos attempted to rescue in a July 2014 operation in Raqqa.

U.S. officials said at the time that several ISIS fighters were killed in a gunbattle but the hostages were nowhere to be found — the commandos had just missed them.

ISIS Chemical Attack Signs in Aleppo
Dissident: Internal fighting in the ranks of ISIS
Is Obama that blind?
Radicalism 567