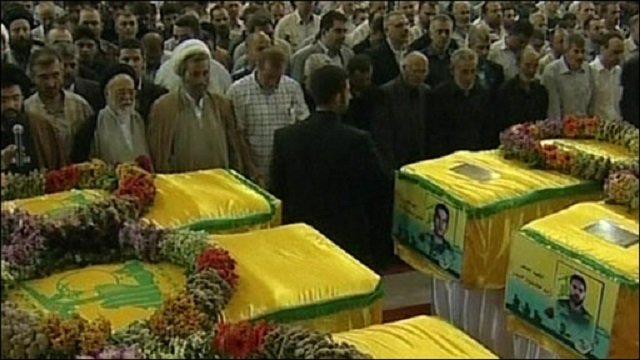 August 15, 2015 6:44 am 0
Last Straw to Save Assad is Gaza
Beware of the Assad “Extortion Component”
Will Israel Escalate Its Operations Against Hezbollah in Qalamoun?

The Hezbollah audacity knows no bounds. Here at TFS, we believe Hezbollah will die in Syria a slow and painful death.

NOW, a well-respected Lebanese news website, reported an incident that took place in the south of Lebanon, which will stir the Syrian refugees to protect themselves in the future.

Apparently, villagers in the south of Lebanon attacked Syrian refugees when one of their own died fighting in Syria. Here is how NOW explains it:

Residents of south Lebanon’s Aytroun attacked Syrian refugees after a Hezbollah fighter from the border village was killed fighting in Syria’s Zabadani.

“An altercation took place yesterday night in the village of Aytroun that led to the injury of 11 Syrians,” a security source told Lebanese dailyAn-Nahar Wednesday.

“As soon as news emerged of the death of [local] Hezbollah member Hassan Hussein Awwada… residents of his village became enraged and took out took out their anger on several Syrian refugees,” the newspaper said.

They send their fighters uninvited to go kill Syrians and when one of them dies, their supporters are outraged and take out their revenge against helpless and unarmed refugees who are in Lebanon in the first place because Hezbollah is fighting to protect the Assad regime that drove the refugees into Lebanon.

Do you get the irony of this scenario? Do you get how stupid Hezbollah is to believe its crimes in Syria will be forgotten by millions of Syrians?

As Assad is paying for his crimes against the Syrian people, so will Hezbollah. We promise this terrorist organization.

The Hezbollah audacity knows no bounds.

I dare you to defeat ISIS
Please do not call me a “moderate” Muslim anymore
Is Hezbollah Planning to Kidnap Gulf Citizens in Lebanon?
Iranian Terror 528