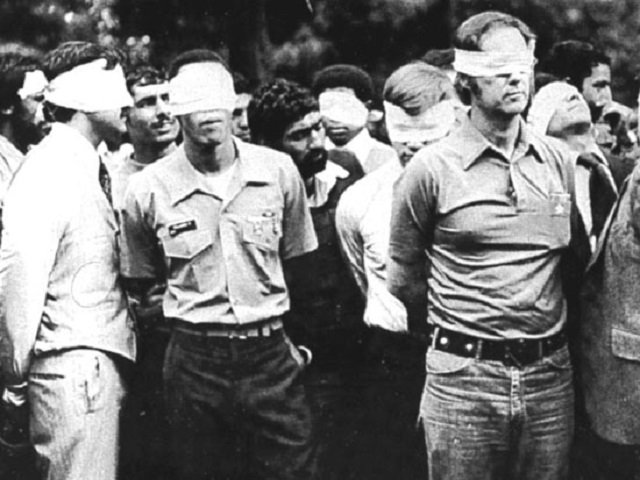 August 29, 2015 5:46 am 0
Assad Men Torture Women by Inserting Live Rats in Their Vagina
Obama’s Iranian Reformists: Donkeys and Women Have No Place in Iran’s Parliament
Shielding the Region from NATO

President Barack Obama named a Hostage Czar on Friday to work for the safe return of hostages after criticism of his response to the kidnap and murder of Americans held in Syria.

One year ago journalists James Foley and Steven Sotloff were killed by the so-called Islamic State of Iraq and Syria, triggering critical debate over Obama’s handling of the crises.

His real title though should be Hostage Czar because during this Obama administration, there have been more American hostages held overseas than during any of his predecessors except President Jimmy Carter.

Secretary of State John Kerry said: “Jim will be focused on one overriding goal: using diplomacy to secure the safe return of Americans held hostage overseas.” Diplomacy to convince savages.

“To that end, he will be in close contact with the families of American hostages,” said Kerry, in a nod to criticism from Foley and Sotloff’s families that they were kept at arms’ length because the Obama administration did not care much about their release the way they care little about the release of American hostages and prisoners in Tehran today.

Obama refused to pressure Iran for their release.

After Foley’s murder, his family complained the Obama administration had kept them in the dark about developments and had threatened to prosecute them if they attempted to free their sons on their own.

Parents Diane and John Foley, who have worked on hostage issues and supported hostages’ families since their son’s killing, including in collaboration with the U.S. government, hope O’Brien will save other families from the same heartbreak they suffered.

In a statement, they said they were:

“Hopeful that under his leadership many of our American hostages will return home…. We sincerely welcome him and look forward to working with him.”

The Foleys spoke of O’Brien’s leadership, not Obama’s. This new Hostage Czar demonstrates just how weak Obama is for his inability to free American hostages and how detached he is from pressuring foreign countries taking Americans hostages.

The Hostage Czar will work with the newly created “hostage fusion cell,” which brings together diplomats, CIA spies and FBI agents to handle hostage cases.

Kerry said O’Brien will “meet with foreign leaders in support of our hostage-recovery efforts, advise on options to enhance those efforts, participate in strategy meetings with other senior U.S. policymakers, and represent the United States internationally on hostage-related issues.”

In other words appease the relatives of American hostages to deflect from criticizing Obama. Just like the Atrocities Prevention Board Obama created that does absolutely nothing but whose website takes credit for other people’s work. Obama did it to appease the Jews, and then he created the Iran Deal to threaten them.

Turkey, Trust Obama At Your Own Peril
The Rubble of Obama’s Syria Policy
If Assad is Not Deposed Now, Next Time It’s US Bootprints
Slippery Barack Obama 976