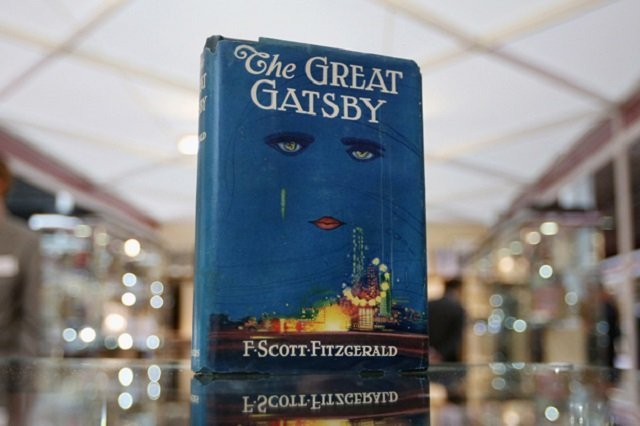 The contagious madness of the new politically correct

Source: The Spectator – by Mary Wakefield (The contagious madness of the new PC)

It’s becoming pretty clear, as the year rolls on, that some of our brightest youngsters have gone round the bend. It’s as if they’ve caught a virus, a mental one, a set of thoughts and ideas that might loosely be called political correctness, but seem to me weirder and more damaging than that.

Back in the 1990s, PC students would stamp about with placards demanding equal rights for minorities and talking about Foucault. This new PC doesn’t seem to be about protecting minorities so much as everyone, everywhere from ever having their feelings hurt. It came from America, this virus, incubated in the closed minds of the Land of the Free, but it’s here now, and contagious.

We have a right not to be offended, think these kids, but this has horrible implications, as Brendan O’Neill pointed out in his Spectator cover story ‘The Stepford students’ last year. Brendan arrived to speak in defence of abortion at Christchurch, Oxford, only to find his debate had been cancelled. Why? Because it was offensive and might damage the ‘mental safety’ of students to hear ‘a person without a uterus’ speak on abortion. What about free speech? Overrated, said the students. Just an excuse for bigots.

Students have also decided they need protecting from disturbing bits in books. There have been recent calls for content warnings — ‘trigger warnings’ — to be inserted into great books. The Great Gatsby (because it’s misogynist),Huckleberry Finn (racist) and The Merchant of Venice (anti-Semitic). This spring at Columbia University, a student complained she had been ‘triggered’ by Ovid’s Metamorphoses. Proserpina’s treatment at the hands of Dis gave her flashbacks to a past assault, she said, and made her feel ‘unsafe’, though I’d have thought her assailant pretty pleased to be compared to a god. Columbia have just announced, sotto voce, that the Metamorphoses will be replaced by Toni Morrison’s Song of Solomon

Here’s how twisted it’s all become: in December, Jeannie Suk, a professor of law, wrote a desperate piece for the New Yorker about the situation at Harvard, a sort of SOS. Her students, she said, had complained to the authorities that rape law was too ‘triggering ‘ to be taught at all. One girl thought the word ‘violate’ — as in ‘does this violate the law?’ — too traumatic to use in class. Surely some sensible top dog told them all to belt up? Nope, said Suk. The hounding that would follow on social media was too alarming a prospect.

Nor, as far as I can see, did anyone remind these kids that there are real victims of real rape out there who will need lawyers.

The hope, I suppose, is that this generation, both here and in America, will grow up one day; that reality will intervene. But I read a piece this week that considers a more alarming possibility. In the latest edition of the Atlanticmagazine, Greg Lukianoff, a constitutional lawyer, and Jonathan Haidt, a social psychologist, argue that these youngsters are driving not just us, but themselves, literally mad. They cite a survey last year by the American College Health Association, in which 54 per cent of college students said they had ‘felt overwhelming anxiety’ in the past 12 months. No surprise, say Lukianoff and Haidt.

Who wouldn’t be stressed by this culture? The children of the West have created for themselves an echo chamber. The more obsessed they become with outlawing offence, the more hyper-alert for it they are, ‘triggered’ by every passing comment.

As Haidt and Lukianoff point out, the PC way of thinking is unhinged too. If someone feels slighted then no other arbitration is needed. Emotion is everything. If offence has been taken, an offence has been committed. But this is the thinking of paranoiacs and phobics. It’s to confuse reality with perception. I understand, I do. I’m pathetically claustrophobic, but I’ve learnt (sometimes) to face my fear, and that when I do, it retreats. The young victims of Oxbridge and the Ivy League imagine they can outlaw the causes of fear instead, and so are consumed by them.

One of the allures of the new PC world must be the thought that you’re particularly ‘caring’. But this too is deluded. Is it selfless to pose as a hero on social media, to accuse some poor don of racism for teaching Huckleberry Finn? It’s an unpleasant irony that a gang which purports to be so sensitive feels no qualms about destroying the lives of the inadvertently offensive.

There are other ironies to the new PC. My favourite is that this daft bunch, who insist they’re quite sane, are demanding padded cells. Universities must provide ‘safe spaces’ in case a ‘triggered’ individual needs respite from a frightening lecture, on Shakespeare, say. The safe space at Brown University contains cookies, Play-Doh and videos of puppies. I feel a little triggered just thinking about it.

And elsewhere, in the world beyond the safe space, the real victims of trauma — child soldiers, Isis prisoners, the people of North Korea — go unnoticed and unchampioned by these bright young things who should be fighting their cause.

Haidt and Lukianoff end their terrific piece with a plea to the young to stop obsessing about their selves and their own hurt feelings. Because Buddhism is fashionable these days, and inoffensive, they remind the young that the Buddha emphasises detachment from emotions.

To this, I’d add the lessons of Christianity — still at the bedrock of both Europe and America’s sense of right and wrong. There’s the bit about taking the beam out of your own eye before jumping up and down about the speck in another’s. More than that, there’s the whole gospel emphasis away from self.

In my twenties, just as full of self-pity and terror as this new generation, I once dropped in to see a priest, Father Fudge, and poured out my woes, imagining he would be both sympathetic and impressed by my torment. Fr Fudge listened quietly, then said: ‘The point of being a Christian is not to feel better, it is so God can use you to serve others.’

Others? They hadn’t occurred to me for a while. I said goodbye to Fr Fudge, feeling not triggered or marginalised but unaccountably lighter. It wasn’t all about me! I actually laughed with the relief of it.

The contagious madness of the new politically correct

Tensions With Turkey Are Rising to Boiling Levels
We Agree with Netanyahu’s Refusal to Admit Syrian Refugees
Who is the Spy in the Saudi Composed Syrian Opposition?
Things That Matter 382