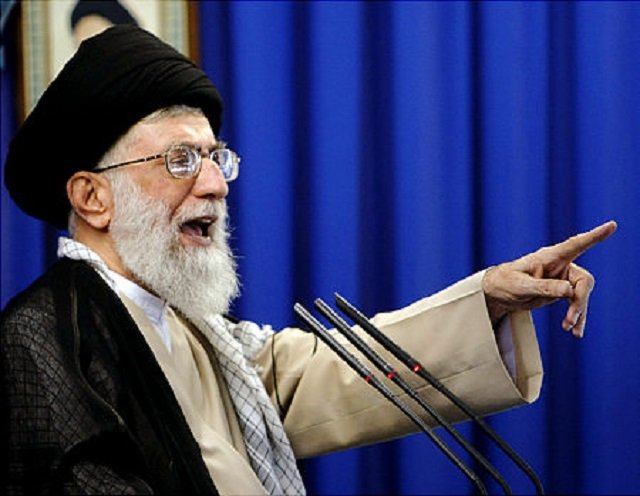 July 19, 2015 7:18 am 0
First, negotiate with terrorists, then free terrorists
Putin Will Yet Siphon The Iran Deal Funds From Khamenei
Khamenei: God delivered US sailors into our hands

Israel’s PM Netanyahu said Sunday that an “aggressive and confrontational speech” by Iran’s supreme leader shows that any expectations a nuclear deal would soften the militancy of the Islamic Republic were misguided.

For anyone who thinks Obama’s Iran deal will change Khamenei should ask the question: Is Obama changing Khamenei, or Khamenei changing Obama to act like the thug that Khamenei is?

How did America get to a point where it is acting in concert with the Islamic terror of Iran confronting everything we stand for?

In other words America, we will pursue terror even more.

Israeli PM Benjamin Netanyahu said Iran doesn’t “even try to hide the fact” that it will use a looming lifting of sanctions to further arm regional militant groups and to oppose American and Israeli interests around the Middle East.

Netanyahu has been among the fiercest critics of the nuclear agreement reached with Iran last week.

Obama’s deal lit a fuse in the region where sectarian strife and wars will begin in earnest on many fronts simultaneously. Obama could not be any happier than to see U.S. allies suffer the consequences of his deliberate deal to empower Iranian terror.