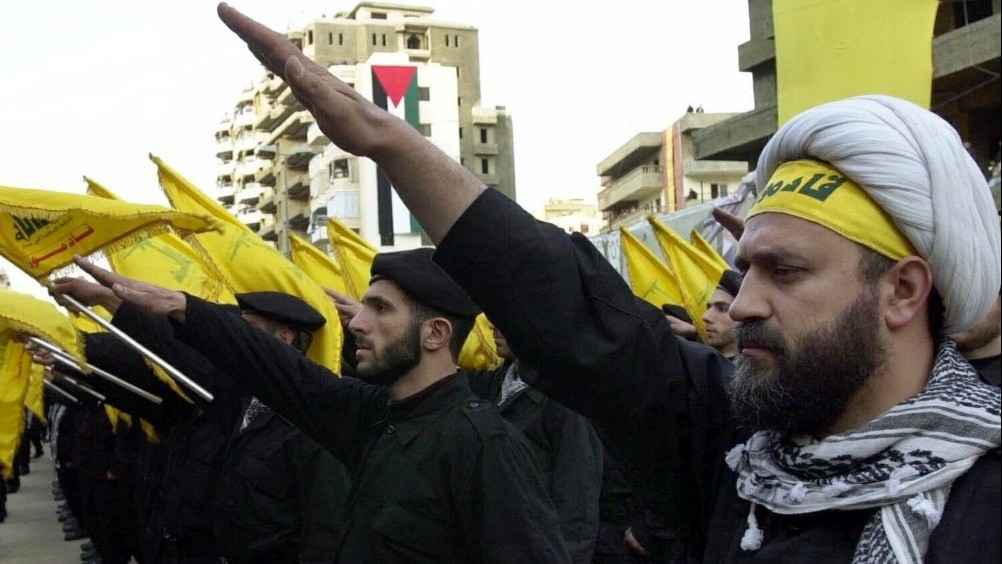 Hezbollah Is Lebanese But Takes Orders From Iran

May 6, 2020 4:51 am 0
No Financial Bailout for Lebanon Until Deep Structural Political Reforms
Lebanese Demonstrators Call Their Protests a Revolution
Hammering Hezbollah for its Loyalty to Iran. Not Lebanon.

Hezbollah is Lebanese but takes orders from Iran. Imagine the U.S. Army taking orders from Russia to understand Hezbollah’s treachery and role in breaking Lebanon apart. Unfortunately, very few Lebanese grasp this dynamic because the terror organization has successfully fogged the message. The part where they march to the Iranian drum beat has somehow dissipated behind revolutionary sound bites and violent rhetoric.

When an armed organization, in any country, takes orders from a foreign entity, it becomes, naturally, an occupation force practicing treason openly. But the people of Lebanon seem to have missed this simple logic. Credit Hezbollah’s propaganda for pulling the wool over their eyes.

TIME TO LAUNCH A CAMPAIGN

Considering the difficulties the small Mediterranean country is going through, and the corrupt politicians exploiting their positions for personal gains, the Lebanese are ready to blame someone for their miseries. As such, it is time for the United States to launch a precise campaign that would point the finger at Hezbollah for Lebanon’s tragedy.

It’s a two punch message. Iran needs Lebanon to be weak to fully control it, so Hezbollah facilitated the rise of the worst corrupt politicians who pilfered the country dry. Iran gave its orders and Hezbollah executed them over time.

Peeling the Lebanese from Hezbollah might take time, but it’s a worthy effort. The U.S. is simply not taking advantage of the opportunity of how restless the Lebanese have become. If Russia can mount an effective campaign to interfere in our elections, the U.S. can surely duplicate by blaming Hezbollah for Lebanon’s woes by pointing the finger at the simple fact that Hezbollah takes its orders from Iran. This is why Lebanon is weak today, it’s to Iran’s advantages to sw3allow the country whole.

COMPARATIVE ANALYSIS BETWEEN IRGC AND HEZBOLLAH

Over the years, Hezbollah has accumulated a history of comparative action to those of the IRGC. Syria, remarkably, provides the best example between the parallels that Hezbollah and the IRGC practice on the battlefields. If the IRGC’s plans and actions are similar to Hezbollah’s, then logic dictates both receive orders from the same person or entity. With Syria, it is easy to connect those dots.

Besides Syria, one can magnify the two parallels by examining the religious agenda of Iran. One that knows no boundaries. Just like the Islamic State we defeated recently. Once upon a time in Europe, religion erased boundaries as well to the detriment of the whole continent. Today, The Vatican existing within a small defined area is not an accident.

And as Christianity almost destroyed continents when it trespassed over political boundaries, Islam is destroying the Middle East and beyond during our times. Comparing the religious duties and tasks Khamenei orders both, its own IRGC and Hezbollah, may lift the fog the Lebanese seem to ignore at their own peril. It may also help, indirectly, the Iraqis to understand where Kataib Hezbollah loyalties are.

There are no accidents in today’s religious fervor of the Middle East region, and we should not leave it to accident for it to self-correct. Let’s push the right buttons to unveil Hezbollah treachery against Lebanon. Let the Lebanese finally realize that Hezbollah is a plant. An entity that does not really respect Lebanon’s borders, boundaries, or religious tolerance.

Hezbollah Is Lebanese But Takes Orders From Iran