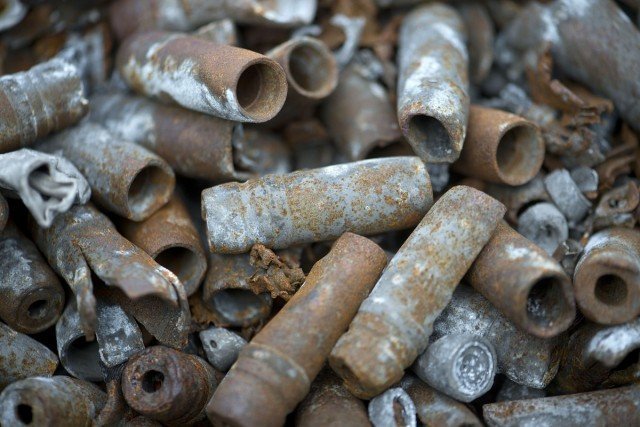 December 30, 2014 1:34 pm 0
Dimwit on Rezko
A Tale of the Four Horsemen of the Apocalypse
Iranian Civil War, is it Inevitable?

The US Department of Treasury has introduced sanctions against four more Russians implicated in anti-corruption charges and pro-Putin chicaneries. The latest seems to have tested Putin’s patience with Obama after feeling in control for a long while.

In response, Russia’s foreign ministry issued a laconic statement in which it described the sanctions as counterproductive.

“The actions by the United States are putting in doubt the prospects of bilateral cooperation on solving the situation around the Iranian nuclear program, the Syrian crisis and other acute international problems… As Washington could have seen previously, we don’t leave such unfriendly acts without an answer”

Someone needs to explain how Russia was helpful on Syria.

For one, it stood by the criminal Assad regime come hell or high water even though Putin knew all that killing would lead us to a much worse situation, and it facilitated a deal in which Assad would transfer all his chemical weapons to be destroyed by a third party. On the latter issue, Putin knew very well Assad is not about to honor this agreement and the chemical file remains open. The US has expressed its own doubts as early as September of 2014.

Was this a promise by Putin that he would cheats no more on Syria if the US lifts its sanctions? I think the White House is quickly realizing that appeasing thugs and criminals is an exercise in futility.

Below is The Hill article just published on this subject matter that captures the spirits of both sides.

Russia threatened Tuesday that it might halt its assistance on critical international issues if the U.S. continues its strategy of economic sanctions against Moscow.

“The actions by the United States are putting in doubt the prospects of bilateral cooperation on solving the situation around the Iranian nuclear program, the Syrian crisis and other acute international problems,” Russia’s Foreign Ministry said in a statement.

“As Washington could have seen previously, we don’t leave such unfriendly acts without an answer,” the ministry added.

The terse statement comes a day after the U.S. Treasury Department announced it would impose sanctions on four more Russians for alleged human rights abuses, including two law enforcement officials believed to have covered up the death of a prominent anti-corruption lawyer while he was held in prison.

The ministry’s statement marks latest backward step in the relationship between Washington and Moscow. Relations have deteriorated steadily since Russia annexed Crimea last spring and gave its support to separatist rebels in eastern Ukraine.

Despite the chill, the two nations have worked together to bring an end to the years-long conflict in Syria and reach a deal to halt Iran’s nuclear enrichment program, with negotiations set to resume some time next month.

The latest sanctions were applied under the 2012 U.S. Sergei Magnitsky Rule of Law Accountability Act, bringing the total number of people penalized through the law to 34.