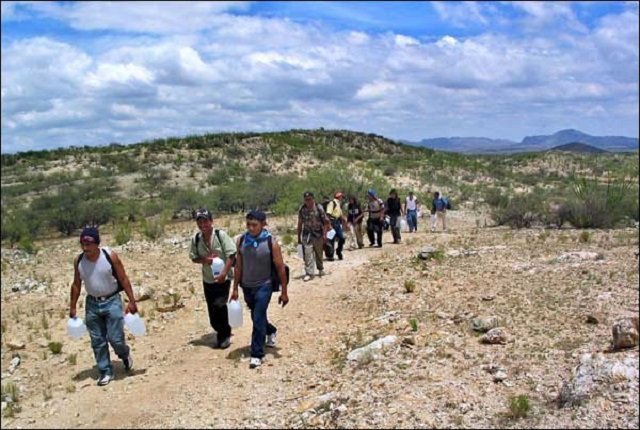 As Europe grapples with a flood of refugees from the Syrian war and the pope urges Catholics to help them, the U.S. government remains adamant about offering Syrian refugees a shelter on American soil.

Refugee and immigrant groups had urged the United States to admit more Syrian refugees long before the crisis erupted this summer in Europe.

Some hoped global outrage over images of a drowned Syrian toddler in Turkey last week, and Pope Francis’ call on Sunday for European parishes to take in refugees – coming just two weeks before a trip to the United States – might help prod the United States into action.

“The U.S. could and should be doing more. The silence of the White House on this is unacceptable.”

A White House spokesman said on Monday the Obama administration “is actively considering a range of approaches to be more responsive to the global refugee crisis, including with regard to refugee resettlement.”

But moral arguments about the refugees’ plight may be overshadowed by the political realities in Washington.

The administration itself is concerned that militants from Islamic State or al Qaeda might slip into the country as refugees. The State Department has cited Washington’s vetting process as a crucial but complicating factor for Syrians seeking entry.

The vetting process and taking in a certain number of Syrian refugees are two different things. The Obama administration is not budging on the number because Obama only welcomes refugees and immigrants who vote with the Democratic Party.

Since the start of the Syrian war in 2011, Washington has accepted 1,500 Syrian refugees, most of them this year, and the State Department expects 300 more by October.

The number is tiny against the backdrop of the European refugee crisis in which Germany is preparing for 800,000 asylum seekers this year, around 1 percent of its population, and compared with the overall number of 4 million Syrian refugees.

British Prime Minister David Cameron pledged on Monday to take in up to 20,000 refugees from camps in Syria over the next five years, responding to public pressure to help.

While President Barack Obama, a Democrat, does not need congressional approval to allow in more refugees, some believe that he is still cautious about doing anything that might upset Iran or its terrorist Mullahs.