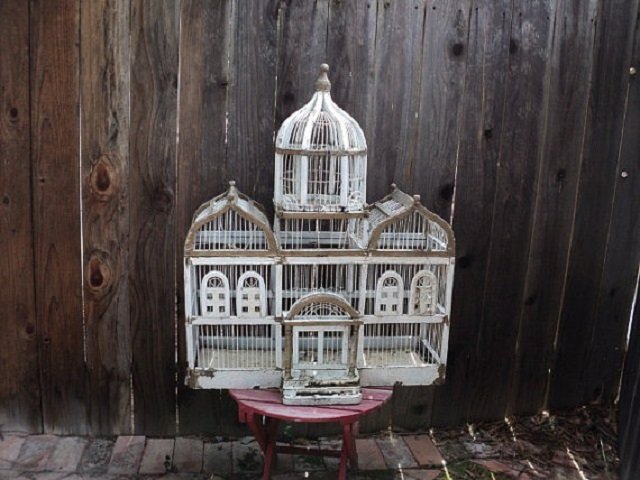 August 2, 2015 5:23 pm 0
Is There Anything Iran Did Not Get From Obama?
Forget Obamacare, Remember When Syria Was Going to Ruin Obama’s Term?
Obama, Open Your Eyes

Julia Harte and Isabel Hunter wrote a piece for TIME Magazine detailing the disaster that befell the program to train anti-ISIS fighters in Syria. We call their description of what happened Obama birds chirping cage.

After Jabhat al-Nusra captured or killed almost half the number of trainees, both reporters expressed this event with these words:

This capture was a cataclysmic event for the division, by all accounts, and a grave setback for the U.S. train and equip program, which will now certainly face steeper challenges in recruiting new fighters and maintaining their morale.

If this is cataclysmic, how would you then describe the whole program that started under the tutelage of the Obama’s administration? The program was able, in almost one year and tens of millions of dollars of taxpayers money, to recruit 54 trainees. How is that for cataclysmic?

Why such failure? Because this White House is full of geniuses.

One of them named Ben Rhodes decided he could actually tell the Syrian people whom to fight and when to fight. Rhodes believed he could redirect the whole Syrian Revolution to battle ISIS, created when he and his boss ignored the Syrian moderates, instead of battling Assad the real evil behind Syria’s revolution. Rhodes background? Writing novels with a degree in creative writing. Well done Barack handing over the responsibility of the most volatile region to a political toddler.

So, the full weight and power of the United States was able to find 54 Syrians willing to fight ISIS and ignore Assad. How is that for a cataclysmic genius named Ben Rhodes whose professional background is writing short stories?

So, while the real tragedy is the presidency of Barack Obama, in his cage Obama has chirping birds willing to call what Jabhat al-Nusra has done cataclysmic, while ignoring the larger picture of Obama’s own cataclysmic policies.

Meat, Bones, and Crumbs
Obama’s Tragedy? No Black Presidents For a While
For Obama, Chlorine Gas is Not a Weapon. It Is What White Folks Use in Their Swimming Pools
Opinions 951 Slippery Barack Obama 967 Weak Barack Obama 229 Western Appeasement 467