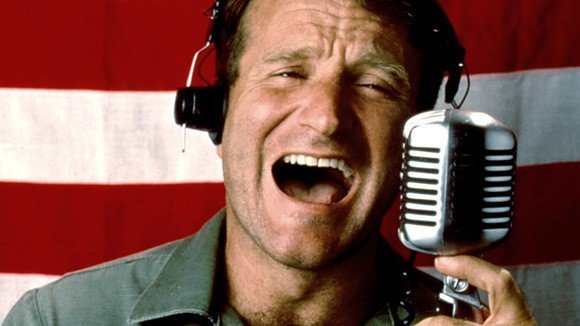 Is it really, truly happening? Could the media that supported Obama have finally decided what a poor job he has done with his foreign policy decisions? Judge for yourself.

Reuters published an article it titled “How Syria policy stalled under the ‘analyst in chief’” in which it softly pointed the finger at the White House for all the festering problems the US is facing abroad.

Obama’s handling of Syria – the early about-face, the repetitive debates, the turnabout in September – is emblematic, say current and former top U.S. officials, of his highly centralized, deliberative and often reactive foreign policy. They say Obama and his inner circle made three fundamental mistakes. The withdrawal of all American troops from neighboring Iraq and the lack of a major effort to arm Syria’s moderate rebels, they say, gave Islamic State leeway to spread. Internal debates focused on the costs of U.S. intervention in Syria, while downplaying the risks of not intervening. And the White House underestimated the damage to U.S. credibility caused by Obama’s making public threats to Assad and then failing to enforce them.

My personal choice of adjectives describing all the debacles caused by Obama’s lack of experience would have been a bit more provocative; nonetheless, the fact remains that Panetta, Clinton, and Petraeus all advised Obama to change policy on Syria, yet he remained adamant about not interfering in a part of the world that historically has always needed our micro attention. Abandoning the Middle East cauldron to chance has never been an option to past presidents until Obama. The frameless and burning canvas he painted is for us to judge.

Besides Barack Obama, part of the problem, I have always believed, rests with a National Security team that is ill equipped to handle the immense responsibilities of the United States. A perfect example of how raw the team is presents itself when Ben Rhodes, Deputy National Security Advisor, is quoted as saying:

“What he’s [Obama] always said is that if there’s a threat against us, we will act, but when it comes to shaping events in cultures that are foreign to the United States we have to have some degree of realism.”

The job of the National Security Council is to anticipate threats against our nation and act accordingly. When Ben Rhodes mixes national security with the notion the US is in the sole business of shaping events in foreign cultures, the result is the ISIL terror threatening every country in the region. When he speaks of realism about not interfering in Syria, Ben Rhodes should also ask himself why did I not anticipate the realism of ISIL? The shortsightedness and the inexperience reveal themselves clearly in his own words.

To defend Obama’s record, Reuters injects a paragraph typical of those disseminated usually by the Press Secretary of the White House:

Obama has launched a humanitarian military intervention in Libya; overseen counter-terrorism operations in Pakistan, Libya, Somalia, Yemen, Iraq, Afghanistan and elsewhere; moved to end his predecessor’s wars in Iraq and Afghanistan;  wrestled with lethal threats to U.S. hostages and diplomatic posts; and sent the American military to West Africa to help tackle the Ebola virus and search for kidnapped Nigerian schoolgirls.

I find atrocious the whole exercise of flushing one’s accomplishments when facing criticism about the failures of one’s administration. As if past US Presidents did not face equally challenging and daunting tasks. Just ask President Bush and his staff at the White House about their responsibilities to keep America safe after 9/11. I have never heard any of them boasting about their accomplishments because it was their job and their duty.

Furthermore, speaking of Libya when the results were four dead American patriots is irresponsible. Speaking of pulling our troops out of Iraq when everyone agreed it was a major blunder is inexcusable. These are not accomplishments.

When you have failed in your job, take responsibility, say you have learned from your mistakes, and move on. Insulting indirectly past US Presidents is unworthy of this White House when the results of its policies are obviously a basket of failures.

Sony should consider producing a movie in which the main character has a radio program called, “Good morning, SYYYRRRIAAA” for Obama and his staff to watch.

At least Sony would be facing a narcissist, not a terrorist.

An important NSC meeting on Syria
Arab League, Stand up to Obama
Barack Obama is the Most Dangerous Man Alive
Slippery Barack Obama 976