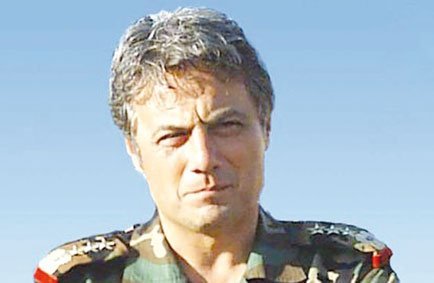 December 22, 2014 10:17 am 0
We Still Don’t Know Why Obama Wants Deal With Iran
Syrians Will Not Forget Iraqis Assisting Assad
Israeli Incompetence at Waging the War of Information

A senior Syrian army general who defected in 2012 said in a recent interview that President Bashar al-Assad had sold out Syria to Iran and opted to use repression and violence as a means of snuffing out dissent right from the start of the uprising against his rule in 2011.

“Bashar never opted at any time for serious and credible reforms, but instead chose to destroy the country rather than lose power,” former Syrian army Gen. Manaf Tlass told the Wall Street Journal in an article published on Friday.

“He sold Syria to the Iranians,” Tlass, who lives in France now, said.

The article said new revelations about the bombing pointed to a “startling theory” that it may have been an inside job in order to silence regime voices that had been open to accommodating with the opposition at the time.

It said two dozen people, “including past and current regime officials, opposition leaders, activists and rebels, and politicians in neighboring countries with ties to Mr. Assad,” believed the bombing resulted from a split over whether or not the regime should engage with the opposition groups.

Tlass, who said he believed the regime was connected with the bombing, told the paper that he and Shawkat were among those calling for talks with both peaceful and armed regime opponents, which ran contrary to Assad’s view on how to respond to the popular uprising.

Tlass, one of the most senior officials to abandon the regime, defected two weeks before the July bombing after guards found six explosive devices planted outside his office in Damascus.