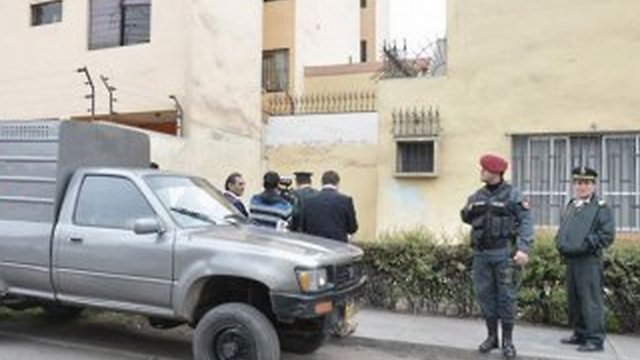 A Richer Iran Will Target the Americas

July 20, 2015 4:36 am 0
How ISIS Agitates for Iran Against the Gulf Countries
When Speaking of Yemen, Iran Ignores Its Atrocities in Syria
About Tensions and Comfort Zones

Source: The Wall Street Journal – by Mary Anastasia O’Grady (A Richer Iran Will Target the Americas)

Last October police in Lima found detonators and TNT in the home of a Hezbollah operative.

In the foreword to the 2014 book “Iran’s Strategic Penetration of Latin America,” former Colombian Defense Minister Marta Lucía Ramírez wrote that Venezuela’s “ ‘axis of unity’ with Iran embodies Latin America’s growing distance” from the U.S. “This is not to distract from the many conflicts the U.S. is engaging in the Middle East or elsewhere,” she noted. But she wanted “to remind our northern neighbors of the kind of disengagement in Latin America that led to a nuclear standoff in 1962.”

Now the Obama administration has agreed to phase out many economic sanctions on Iran in exchange for its promises to disable parts of its nuclear program. The deal provides for winding down international restrictions on trade and investment with Iran. It is also expected to gradually liberate more than $100 billion in Iranian assets frozen by the U.S. and other countries.

This means that even if the agreement prevents Iran from getting a nuclear weapon, it will make the world less safe. Susan Rice, U.S. ambassador to the United Nations, admitted as much last Wednesday when CNN’s Wolf Blitzer asked if “support [for] international terrorism” might be one use for the liberated assets. “In fact,” Ms. Rice said, “we should expect that some portion of that money would go to the Iranian military and could potentially be used for the kinds of bad behavior that we have seen in the region up until now.”

And not only in the Mideast. One likely destination for some of that money will be the Islamic Republic’s military, ideological and terrorist activities in the U.S. backyard. As Joseph Humire, executive director of the Washington-based Center for a Secure Free Society, put it to me last week, “if Iran gets access to the global financial system, they’re going to double down in Latin America.”

Iran has targeted Latin America since the mid-1980s by establishing mosques and cultural centers to spread the revolution. An arm of Hezbollah, Iran’s Islamic fundamentalist proxy, took responsibility for the 1992 terrorist attack on the Israeli Embassy in Buenos Aires. Argentine prosecutors named Iran as the mastermind behind the 1994 terrorist attack on the Argentine Israelite Mutual Association (AMIA) in the same city.

Iran has “observer” status in the Bolivarian Alliance for the Americas, a coalition of pro-Castro governments in the hemisphere launched during the Venezuelan presidency of Hugo Chávez. ALBA’s members include Cuba, six other Caribbean countries, Venezuela, Bolivia, Ecuador and Nicaragua. The alliance relationships with Iran mean Iranian and Hezbollah operatives now move about the Americas easily. A 2014 paper published by Mr. Humire’s center notes that intelligence officials in the region believe Tarek El Aissami, Venezuela’s interior minister from 2008-12, provided new identities to 173 Middle Easterners.

In 2013 Alberto Nisman, the Argentine prosecutor who was investigating the AMIA case, released a 500-page report about the extensive Iranian terrorism network in the hemisphere. One of his more chilling findings was that the foiled 2007 plot to blow up New York’s John F. Kennedy International Airport was an Iranian operation, run by a Guyanese recruit. In January Nisman was found in his Buenos Aires apartment with a bullet through his head.

One argument for lifting the sanctions is that Iranians are suffering economically. But their hardships have done nothing to diminish the Islamic Republic’s Latin American adventures.

Iranian investment in the region is not about securing food or economic growth but rather about meeting strategic goals. There is solid evidence that since 2007 Iran has invested in uranium exploration—presumably tied to its nuclear interests—in Bolivia, Venezuela and Ecuador. The Iranian military has at least one joint venture with Venezuela, located in the state of Aragua, where Mr. El Aissami is now governor.

Propaganda is an Iranian priority. HispanTV, launched in 2011, is a Spanish-language channel run by Iran. It has partnership agreements with state-run television in a number of ALBA countries. In his 2014 book, “Remote Control,” the respected Bolivian journalist Raúl Peñaranda alleged that Iran’s former President Mahmoud Ahmadinejad donated $3 million to President Evo Morales to finance and equip Bolivia’s state-owned television station Abya Yala.

Last October a Hezbollah operative was arrested in Lima on suspicion of plotting terrorism in Peru. Press reports said that police discovered detonators and TNT in his home, and evidence that he may have been scouting out the Jorge Chávez International Airport for a possible attack.

President Obama is boasting that his deal is Reaganesque. But Reagan did not abandon Latin America to enemies of liberty.

A Richer Iran Will Target the Americas