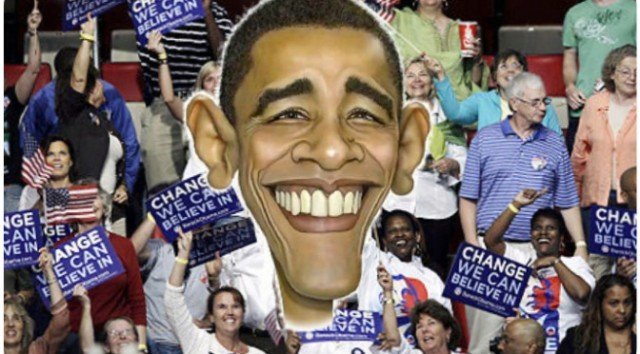 Now that President Obama has committed to bombing the ISIS/ISIL terrorists while ignoring the Iranian and the Syrian terrorists in the Khamenei and Assad regimes, add “dopey” to Obama’s resume.

One also has to ask the next natural question: What will be ISIS/ISIL next move? After all, al-Baghdadi has demonstrated already to be far more capable than your average terrorist is.

From my perspective, Obama just handed ISIS/ISIL a PR bonanza when he refused to interfere in Syria to save tens of thousands of civilians dying at the hands of Assad but did not hesitate to interfere in Iraq to save tens of thousands of civilians about to die at the hands of al-Baghdadi. The whole exercise makes it look like the Sunni civilians in Syria are worthless as compared to any other civilians in the region.

Arabs do not see ISIS/ISIL as we all see it here in the West. When the US attacks ISIS/ISIL but refuses to attack Assad for the same reason, Sunni Arabs see Obama’s actions as an affront against Sunni Islam. That nuance seems to have been missed at the highest levels in this White House.

If it looks like this is an anti-Sunni campaign, most Arabs will believe it too. Just like the duck that walks like a duck. As far as the average person is concerned, unaware of the dynamics of global politics in the service of self-interests, Obama is waging a campaign against Sunnis because he refused to wage it against Assad for the same reasons. The logic is simple, which makes it quite lethal because of its humongous common denominator footprint orbiting around 350 million Sunnis.

You had better believe ISIS/ISIL would prosecute a potent social media campaign to initiate its biggest recruiting drive yet. Fools are those who think al-Baghdadi is not planning to use Obama?s air campaign as a Shia against Sunni civilian hunting expedition with Obama siding with the Shia killing Sunnis in Syria and Iraq.

When this happens, ISIS/ISIL next move might be to spread its cancer across the whole region simultaneously, not just Syria and Iraq; al-Baghdadi will use these new fresh recruits to spark mini wars in many Arab countries against the minorities or the ruling government. By spreading the cancer, ISIS/ISIL would cause havoc and panic, which al-Baghdadi knows, Obama cannot stomach. By spreading his terror across vast lands, al-Baghdadi would defeat Obama who will surely beat a retreat.

Another move for ISIS/ISIL might be an attack on any of the US installations in the Gulf or Turkey, also by using fresh recruits. Such an attack will paralyze Obama and the calculation ISIS would make is that an attack will force Obama to retreat. As Afghani terrorists vetted by the US were able to carry out attacks against US bases in Afghanistan, Obama’s actions today may drive many already vetted nationals to blow themselves up inside US bases.

Susan Rice must surely understand the correlation. My hope she will heed my advice by beefing up security everywhere where Americans serve to protect us.

Either way, Iran is the ultimate winner in this bleak scenario because Sunnis attacking the US Satan and the US Satan attacking Sunnis is Khamenei?s only true wet dream.

Had Obama attacked ISIS/ISIL and Assad at the same time, Khamenei and Assad might have grumbled and threatened the US with terror, and Putin might send more shirtless photographs to Obama, but, at least, the large public from which the Sunni and the Shia terrorists draw from would have been appeased. For Obama?s information, both Iran and Assad are too busy in Syria and Iraq to threaten the US. Obama just gave them the latitude to really threaten the US.

What Obama accomplished with his boneheaded move today is cause the Sunni magma in the Arab volcanos to start rising to the surface. Just wait for the rumbles next.

Can we add “dopey” to Obama’s resume? To mirror similar words the resumes of Valerie, Denis, and Ben already exhibit.

I hope America does not suffer from Obama’s endless mistakes.