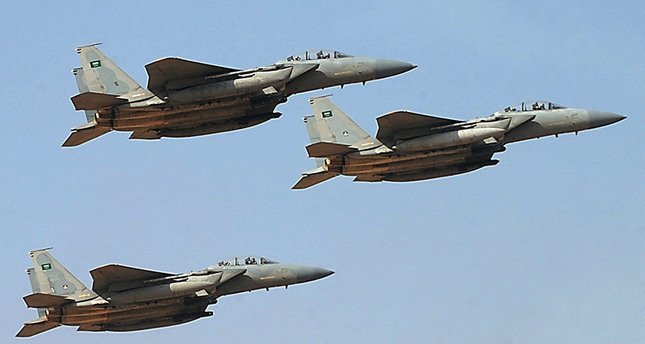 February 27, 2016 3:26 am 0
Not the Uterus of Queen Jarrett
The Arab League Observers’ Mission Aims at Killing Syrians
The Oxymoronic Arab League

Fighting appeared to stop across most areas of western Syria on Saturday after a landmark “cessation of hostilities” came into effect under a U.S.-Russian plan which warring sides in the five-year conflict have accepted. To roll back Saudi intervention, Putin orders Assad to respect ceasefire.

Saudi jets have arrived the Turkish Incirlik air base to join with the US coalition in its fight against Daesh. Or, at least, this is what is publicly stated.

The reality is that if the ceasefire was not respected by Putin or Assad, Saudi Arabia was entering the war to attack the Assad army and the Iranian positions the way it is attacking the Iranian-backed Houthis in Yemen today.

By standing down, Putin is betting on a Saudi roll back the kingdom would find it hard again to press forward by re-aligning the western partners it needs to turn a blind eye to striking Assad. A Saudi stand down is far more complicated to re-start, with an intervention, than Putin’s bombers to start striking again the Saudi-backed rebels. Putin’s aim is to roll back Saudi intervention, not stop helping Assad.

If the temporary halt in fighting holds, which it will not, it will mark the first time world powers have been able to negotiate a pause in the civil war. Under the fragile agreement, Syria’s government and its enemies are expected to cease fighting so aid can reach civilians and peace talks can resume.

A monitoring group and the United Nations reported only isolated fire in western Syria after the temporary ceasefire began at midnight on Saturday (1700 ET Friday).

The United Nations said it expected breaches in the temporary truce and urged restraint in curbing any new outbreaks of fighting.

“Let’s pray that this works because frankly this is the best opportunity we can imagine the Syrian people has had for the last five years in order to see something better and hopefully something related to peace.”

TFS does not share in De Mistura’s optimism. Putin will break the ceasefire the moment Saudi jets return to Saudi Arabia.

Damascus and its ally Russia, as well as a range of insurgent groups fighting against them, have said they would take part in the plan.

The temporary truce does not apply to Islamic State and al Qaeda affiliate the Nusra Front, and the Syrian government and Moscow have said they will not halt combat against those militants. Other rebels seen as moderates by the West say they fear this will be used to justify attacks on them.

Nusra Front, one of Syria’s most powerful Islamist rebel groups, on Friday urged insurgents to intensify their attacks against the psychopath Baschar al-Assad and his allies, adding to dangers facing the agreement.

The United Nations unanimously demanded late on Friday that all parties to the conflict comply with terms of the plan as part of efforts to end a war that has killed more than 470,000 people and driven 11 million from their homes. De Mistura said he intends to restart peace talks on March 7, provided the halt in fighting largely holds.