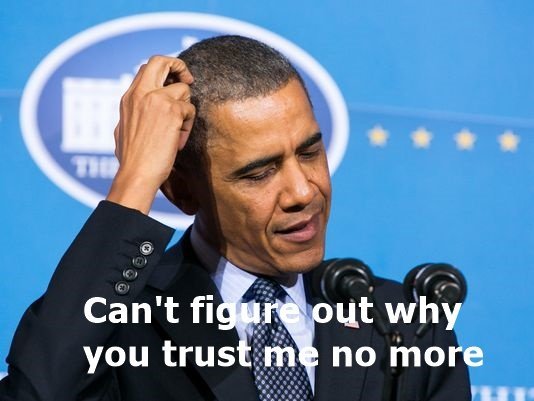 Hey Israelis, FSA trusted Obama and it no longer exists

March 2, 2015 5:08 am 0
The Obama-Khamenei alliance
Russia May Have Finally Succumbed to Reality
Syria is Proof Western World Lost Its Conscience

In March of 2011, when the Syrian Uprising broke wide open, the international community, for the most part, sided with those young men peacefully marching down the streets of Deraa, Damascus, Homs, and Hama seeking relief from their tormentor the Assad family. Assad met them with his usual barbarism and savagery. Soon thereafter, well-vetted high officers of the Syrian army began defecting and formed the Free Syrian Army (FSA).

The FSA leadership embodied moderation and secularism in a Muslim world. They were able and ready to depose the Assad regime, which at the time was caught unprepared against the popularity of the Uprising. Iran had yet to mobilize, Hezbollah men were in their barracks, and all the FSA needed were arms and international support to change Syria for the better in a matter of months.

Then Obama spoke and his curse has yet to dissipate. Obama promised weapons that the FSA never received, support that never materialized, and a mountain of other promises that were all lies. One lie included his infamous Red Line threat he never intended to carry out.

Barack Obama is an angry man. His own father ignored him all his life, which has turned him into a cold calculator with a twisted agenda: Any ideology not based on the extreme left ideology is his enemy. He takes out all his anger on that enemy. A new terror-free Syria would have been his enemy because it would have embraced western values. So, he killed that enemy by killing the moderates in Syria, which is exactly what Assad needed him to do.

Israel is his enemy also because its people do not share his beliefs. If you trust him, you will also face existential issues the way the Free Syrian Army has faced them and lost.

Obama felt comfortable with the Muslim Brotherhood extremists running Egypt; he feels comfortable today with Assad the terrorist running Syria, and he is letting Khamenei the fundamentalist run Iran without being challenged even as Iran conquers more lands. Because of his anger, this is Obama’s world. One that caters to the extremists, the violent, and the terrorists under one excuse or another.

You have been warned.

Hey Israelis, FSA trusted Obama and it no longer exists