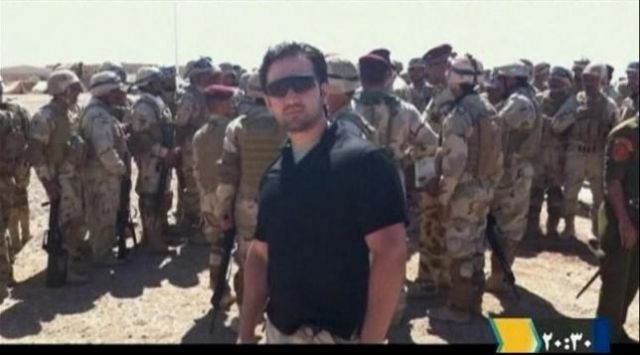 June 28, 2015 3:39 pm 0
Hell to Break Loose Courtesy of Barack Obama
Obama Birds Chirping Cage
If You Believe This White House Claim, We Have a Bridge to Sell You

Reuters reported this morning that relatives of a U.S. citizen jailed by Iran on spying charges in 2011 attended a nuclear summit in Vienna to call for his release.

Amir Hekmati, a 31-year-old Iranian-American, was arrested by Iranian authorities and convicted of espionage, a charge his relatives and the United States deny.

An initial death sentence was commuted to a 10-year prison term. This was appealed last November, but the case has stagnated since then, family members say.

In Vienna, Amir Hekmati’s sister, Sarah Hekmati, pretty much behind the Free Amir Hekmati efforts told Reuters on the sidelines of the meeting:

“We want to … put pressure on these talks and to make sure that Amir has to be a priority,”

One would think it was Barack Obama uttering these words to free Amir Hekmati, not some U.S. civilian.

Except all Obama has done was to “urge” Iran’s government to free Amir Hekmati and two other detained Americans – Saeed Abedini and Washington Post reporter Jason Rezaian – and to help find Robert Levinson, an American who disappeared in Iran eight years ago.

At TFS, we wonder why Obama cannot deal with Iran holding American hostages the way he dealt with the Republicans in Congress when he rammed ObamaCare down their throats.

Iran and the United States have no direct diplomatic relations, hampering efforts to free the detainees. Ties were cut following the 1979 Islamic revolution.

“Diplomacy, even if there is a (nuclear) deal, will be seriously affected if they’re not released. We’re not political, but that’s a fact,”

Hekmati served as an infantryman, language and cultural adviser and Arabic and Persian linguist in the U.S. Marine Corps from 2001 to 2005, performing some of his service in Iraq.