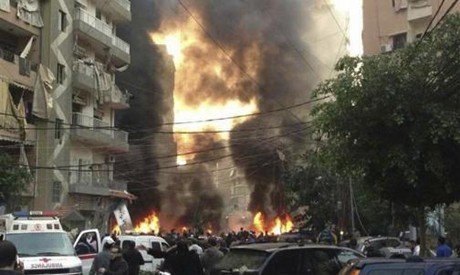 Explaining why ISIL attracts Muslims from the US and the EU

Everyone is in a speculative mood these days when it comes to explaining why ISIL attracts Muslims to join its ranks.

Lee Smith writes for the Hudson Institute that teenage girls are joining ISIL because “… Europe has become incapable of endowing the lives of its citizens.”

Marc Ruel-Gerecht writes in the Weekly Standard explaining why ISIL attracts Muslims “… because it [ISIL] has tried explicitly to re-create the community of the Prophet Muhammad.”

Aly Salem writes in the Wall Street Journal explaining why ISIL attracts Muslims because of “… the powerful influence these texts [Sayyed Qutb’s] have had even on ordinary Muslims.”

These assessments could all be true, or they could all be speculative in nature since we have no access to real data based on interviews of those returnee Jihadists or intercepted would-be Jihadists.

As an American-Muslim, I am just as curious about this disturbing phenomenon as any western foreign policy expert is. The dangers of ISIL/IS to Islam far exceeds its danger to the west because Muslims happen to exist at the epicenter of ISIL’s ideological journey into the darkest of caves. Muslims living in the Middle East in festering and unholy conditions of war have no choice but to submit to the savagery of ISIL.

Understanding and explaining why ISIL attracts Muslims from the US and the EU is a matter of national security to all Americans; especially to those misguided Millennial isolationists glued to their iPhones and texting banalities.

It is certain that the FBI has interviewed many Americans who fought in Syria or embarked on reaching Syria to join ISIL. The same is true of the DST in France and the MI5 in Britain. None of these findings has been published and no reporter that I know has attempted to peek into the results of these examinations and inquiries.

As long as those inquiries remain sealed for unknown reasons (Maybe they are too embarrassing to the Obama Administration because they reinforce the notion of the gross negligence of Obama’s foreign policy on Syria), everything written about this subject, as intelligent and informative as they are, is pure speculation.