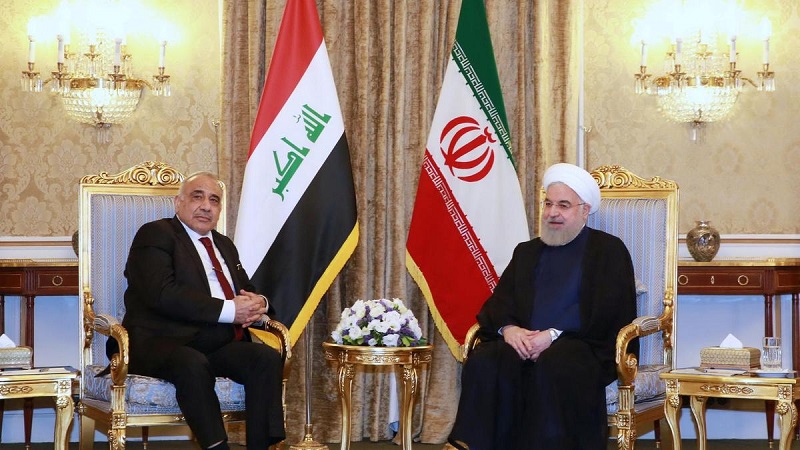 November 14, 2019 6:15 am 0
Syrian People Suffering Because Nobody Lobbies For Them
Will Trump let Assad get away with using chemical weapons in Syria?
Iran Soft Threatening Approach Followed by Terror

Given the use of violence against peaceful protesters in Iraq, Falafel decided it was time to understand who is behind the death and violence in Iraq. To write about it, Falafel interviews Iraqi leader Adil Abdul-Mahdi at his office in the well-protected, well-sealed, well-isolated area from the people called The Green Zone.

After several barricades, searches, and more questions than asked in a Senate hearing, Falafel finally reaches the inner sanctum where the Iraqi leader spends almost 100% of his time. When he is not visiting Iran.

Falafel: Thank you for giving me this opportunity Prime Minister Abdul-Mahdi.

Adil Abdul-Mahdi: You came highly recommended by our president Barham Salih. He is a Muslim Sunni Kurdish as you know. Not that I care, but I am just saying.

Falafel: I wanted to understand what is going on out there beyond The Green Zone.

Adil Abdul-Mahdi: You mean in Iraq itself?

Falafel: Yes… as you say in Iraq itself.

Adil Abdul-Mahdi: Why? What’s going on?

Falafel: Have you not heard?  There have been riots against your government, and your security forces have killed over 500 Iraqis so far.

Adil Abdul-Mahdi: Oh, my… When did this happen?

Falafel: Mr. Prime Minister, it’s all over the news. Have you not seen it?

Adil Abdul-Mahdi: Unfortunately, I only get Iranian TV channels here. If you want to know what is happening, it’s better we get someone else to join this conversation. He is much better equipped because he is in touch with Iraq itself.

Falafel: Fine with me.

Adil Abdul-Mahdi (After dialing a number in Iran on speaker phone. He spoke in Farsi, a language Falafel knows too well): General Soleimani, how are you dear friend?

Quds Forces General Qasem Soleimani was on the other side.

Soleimani: Who is this?

Soleimani: What do you want?

Adil Abdul-Mahdi: I have this Syrian-American reporter here interviewing me on what is happening out there in Iraq itself. I thought maybe you can be of assistance. Barham recommended him.

Soleimani: Is it Falafel?

Adil Abdul-Mahdi: It is.

Soleimani: Are you stupid Abdul-Mahdi? He is not on Quds Forces payroll.

Adil Abdul-Mahdi: I am so, so sorry General. I did not know who to turn to to answer any questions about Iraq itself. What do you want me to do?

Soleimani: Whatever he asks, just say “The Iraqi people will decide”. Understood?

Soleimani; Are you on speaker phone?

Soleimani starts cursing in Farsi… For a long time. Falafel waits him out.

Soleimani: Dear Falafel, how are you?

Falafel: General, I am doing well.

Soleimani: Why don’t you call me next week? I will allocate some time to answer your questions about Iraq.

Falafel: Is there a problem with the Prime Minister of Iraq answering for Iraq itself?

Soleimani: No, no, but he has not been feeling well lately. Have you Adil?

Adil Abdul-Mahdi: That’s right, I have been ill. My doctor said I should cut down on foam baths. Yes, sir, that’s it.

Soleimani: There you go Falafel, why don’t you call me next week.

This was the first time Falafel tried to interview a leader of a country who asked a terrorist to answer his questions. Falafel wondered if he interviewed Hassan Nasrallah, head of terrorist Hezbollah, he would also invite terrorist Soleimani to answer for Lebanon.