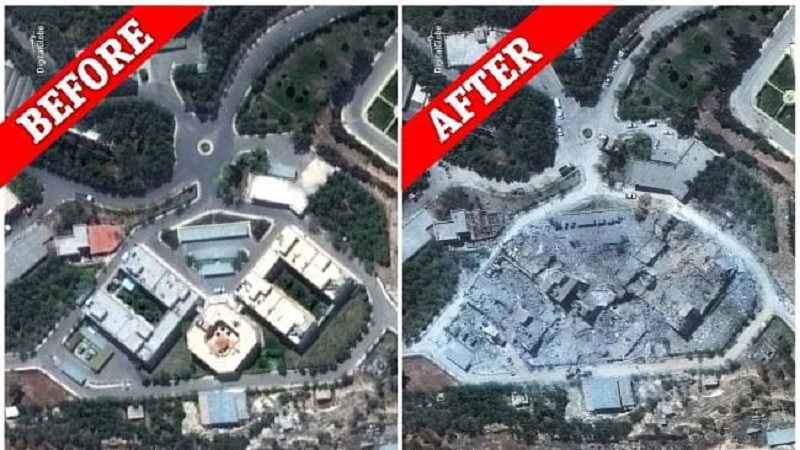 February 6, 2020 4:01 am 0
The Good News and the Bad News For Lebanon
The UN Dropped a Second Bomb on Lebanon
Israeli and Russian Interests Are on a Collision Course

The state news agency SANA said the Israeli warplanes fired the missiles while flying over the Israeli-occupied Golan Heights; as well as neighboring Lebanon.

SANA quoted an unnamed military official as saying that eight soldiers were wounded in the airstrikes. SANA added that the Israeli strikes also caused material damage as well.

Syria’s state agency SANA often exaggerates the news it disseminates as part of its agenda for propaganda.

A war monitoring group, which tracks the Syrian w through a network of activists on the ground, said the airstrikes occurred after midnight on Wednesday. They hit Syrian army positions and those of Iranian-backed militiamen west and south of the capital. The war monitoring opposition group also said the strikes targeted as well the Mazzeh military air base in Damascus.

A “large number of missiles” hit multiple positions in these areas. They triggered a fire at the Scientific Research Center in the Damascus suburb of Jamraya. The center is where Assad stockpiles deadly sarin gas he used in the past on his own people.

The strikes killed 12 Syrians and non-Syrian Iran-backed fighters. The deaths occurred in the southern village of Izraa and the southern Damascus suburb of Kisweh.

Israel does not usually comment on reports concerning its airstrikes in neighboring Syria, though it has recently acknowledged striking Iranian targets there. Iranian-backed fighters, including those of Lebanon’s militant Hezbollah group, have joined yria’s war and are fighting alongside Syrian President Bashar Assad’s government forces.