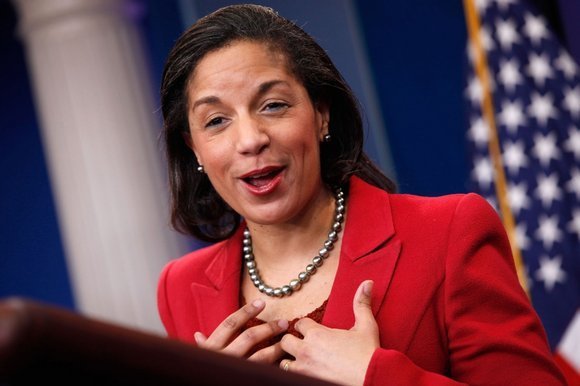 When people like myself who know little about a certain US policy because access to real good information is limited, we tend to wait and be patient until it unravels. However, from day one, the Obama Syrian policy did not make sense. It even had gotten far worse with the rise of ISIL under Obama’s nose and his dumb NSC staff. A dumb NSC staff I would hesitate to hire as security guards.

The highlights of that policy are well in-focus for those in the know about how the Middle East works with its myriad of nationalism, sectarianism, loyalism, liberalism, and tribalism. Many have known all along that the Syrian policy is going to fail miserably and cause more problems for the US. The number of people who are probably uttering today, “I told you so” must be astounding.

In a recent article by the New York Times, it might as well titled it “Dumb NSC staff shines on Syria”, those big black holes Obama, Rice, McDonough, and Jarrett have unwittingly designed to keep Obama from confronting Iran are now staring at them like a Dracula stares at the neck of a virgin. Even if the White House chooses to reverse policy today, who is to say where that would lead with the two strongest factions are the very terrorists the US is supposed to strike. These are the times when you look at our US allies in Saudi Arabia and Israel and kneel to thank your maker for their stability.

For those who forgot who Susan Rice is, she was the parrot to appear on TV post the Benghazi scandal to tell us some Egyptian Copt caused the attack on the US Embassy. Would ex-Secretary Panetta or would ex-CIA Chief Gates have carried Obama’s instructions blindly as Rice did? If you have ever witnessed desperate people hang on to their jobs for dear life, then you know how this White House works. One command, one idea, one set of instructions, and unquestionable marching orders. If this is not the action of a dumb NSC staff responsible for the stability of our planet, then I do not know what else might be.

Here are some passages from the New York Times, the newspaper known to be Obama’s frontline media command center with its single-minded task of ignoring Obama’s mistakes. Judge for yourself how dumb NSC staff is.

Many of Mr. Assad’s opponents see themselves as stranded between two violent oppressors, the government and the Islamic State. Others who “could have been peeled off,” Mr. Hokayem said, are now embracing the militants as they lose hope of United States action against Mr. Assad, who they see as “a greater threat.” Syrian government warplanes, as well as barrel bombs dropped from helicopters, kill the very fighters that Mr. Obama hopes to recruit. Many of those Syrian insurgents say that only by attacking or curbing Mr. Assad’s military can the United States win them to its side against the extremists.

Here is another way of looking at it.

An intruder surprises you and your wife in your own home; you head to the doors to inspect the locks, while ignoring the intruder as he rapes your wife. This is in brief Obama’s Syrian policy. Dumb as a doorbell.

I am not done yet.

“The fundamental disconnects in U.S. strategy have been exposed and amplified” as Islamic State militants have advanced in central Syria in recent weeks, said Emile Hokayem, a Syria analyst at the International Institute for Strategic Studies. Like Mr. Assad’s opponents, he contends that extremists cannot be defeated without ending decades of harsh Assad family rule and empowering the disenfranchised Sunni Muslims who drive the insurgency.

Many have heard this argument before and I am one who championed it the moment the US decided that it must strike ISIL, and totally ignore the Assad regime. We will not defeat ISIL or erase the IS from existence if we fear Iran and its response to defeating Assad. Do you think anyone at the NSC understands this simple concept? Dumb NSC staff.

How do those, who want Assad removed yet understand the danger of ISIL, feel about the US Syrian policy?

Abu Hamza, who commands a small, local insurgent group in northern Syria, waited in vain for Western help. Now, he said via Skype, he is close to despair, “living like a hobo and starving” while an Islamic State stranger runs his area. “I feel this country is no longer mine,” he said.

Well, I also feel the US is no longer mine since Obama was elected and is slowly destroying this nation with his lunatic policies. One more Thanksgiving, and we are done with Obama.

Pinocchio Addresses a Letter to Congress
Obama’s Doctrine: Extend a War to Defeat You Just to Force a Peace That Won’t Serve You
The Meaning of Fallujah
Slippery Barack Obama 976