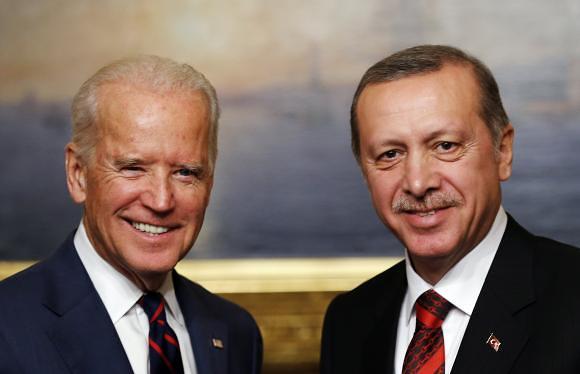 November 22, 2014 4:27 pm 0
Sunni Terror Will Abet Only When The Iranian Mullahs Are Defeated
Religious freedom intolerance by the Mullahs dates back over 1,000 years
Shrine of Sayyeda Zainab Area Hit by Suicide Bombs

U.S. Vice President Joe Biden said he and Turkish President Tayyip Erdogan he had discussed a transition of power in Syria away from President Bashar al-Assad during a four-hour meeting in Istanbul on Saturday.

Biden bids Assad goodbye, or does he?

“On Syria, we discussed … not only to deny ISIL a safe haven and roll back and defeat them, but also strengthen the Syrian opposition and ensure a transition away from the Assad regime”

Anyone who knows a dime’s worth about Barack Obama will know that the conversation, more than likely, went this way between Biden and Erdogan.

Biden: “There is no chance in hell we are going to remove Assad from power. Obama wants less problems with Russia and Iran, not more”

Erdogan: “Fine. Can we at least issue a communique that we discussed the removal of Assad? I have constituents I have to please.”

Biden: “Can we get Turkey to back the coalition against ISIL?”

Erdogan: “If a communique is issued and our cooperation remains secret, then we have a deal.”

To add insult to injury, someone at the White House may be in direct contact with the Assad regime providing detailed summaries of any conversation dealing with his status. You won’t see this in any P5+1 Iran agreement, but you will know it happened if you scope Barack Obama’s MO dealing with our enemies.

Do you think a US president willing to dismantle a defense system in Eastern Europe weeks after he became a US president and without any negotiations would be unwilling to share information just to keep himself out of trouble? If you do, then you have not lived a day in your life in the Middle East.

Those who did, have seen a thousand Obama come and go before them.