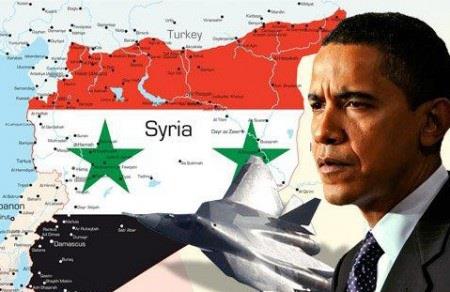 Brace Yourself for Obama’s War

When was the last time you heard Saudi Arabia challenge a US sitting President? Or Israeli leaders express outrage against the policy of a US President in such undiplomatic language? Or read about one of the smallest Arab countries, Bahrain, call US policy “Schizophrenic”?

We have never witnessed so much anger being expressed so openly and at once by so many countries in the Middle East against the US. Bahrain is actually lauding Russia for its steadfast loyalty to Assad as compared to how fast the US drops its allies.

World War I started when a Serbian assassinated the heir to the Austrio-Hungarian throne. Desert Storm started when US Ambassador to Iraq April Glaspie ignored the warnings of Saddam Hussein. The Lebanese civil war started when the Phalangists, a Christian Militia, acted in self-defense by attacking a bus carrying PLO fighters after PFLP gunmen attacked a Church.

In Today’s tender box, all it takes is one little incident to spark a region-wide war. Those days of caution and diplomacy are behind us now that the US has left its allies flapping in the wind. Of course, the clueless man is Barack Obama. He does not realize what forces he unleashed.

Only a $10 a gallon gas will awaken Obama from his slumber; by then, it would be too late.

Brace yourself for Obama’s war when a small incident sparks it and spreads the sectarian Syrian Civil War to a much wider regional war involving all the GCC countries (With the exception of Oman), Israel, Egypt, Syria, Lebanon, Iraq, Iran, Jordan, and Yemen.

A big portion of the $2 Trillion in reserves the Arab nations have set aside is about to save Europe and defeat the Iranian Mullahs for good.

We hope we are wrong (Not about the Mullahs getting defeated though).

Brace Yourself for Obama’s War