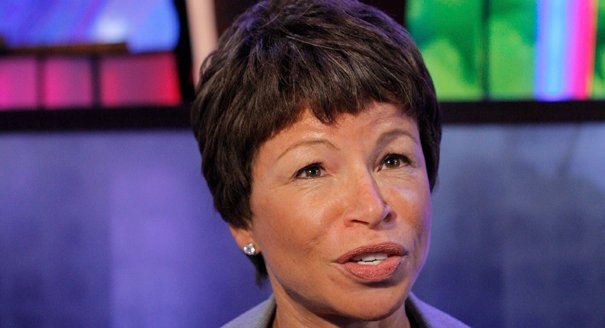 April 5, 2015 11:33 am 0
The Obama-Khamenei alliance
The Reactive Too Little Too Late Commander in Chief
Obama needs a couch

Chicago is known for pizza and dirty politics. In Washington, we don’t care much for its pizza as much as for its dirty politics since Obama made 1600 Pennsylvania Avenue his home.

In 2012, Data cited from the U.S. Department of Justice showed Chicago to be the most corrupt city in the nation. Hello Barack.

The problem is not only limited to Chicago. Illinois, of all places, has the longest list of indicted politicians than any other State. Here are some names to make your grandmother dust off her spanking paddle.

How would a Chicago dirty politician under pressure from his constituents, from his base of donors, and from America’s allies overseas overcome his dilemma if his US-Iran deal is so bad it would not pass the U.S. Congress minimum test of acceptability, nor some 20 countries in the Middle East many ready to begin a deadly nuclear arms race? Would he lie to cover his wanton and irresponsible behavior or would he come clean and let the American public, an ignorant specie of voters, judge his presidency?

Would this politician conspire with Iran to draft two agreements? One to favor the U.S. just to relieve himself from the pressure of scrutiny even though it would mean Iran would have a clear path to build a nuclear weapon? What a Chicago dirty politician to do in your opinion?

We all know Jarrett has been in direct contact with the Mullahs in Iran. How hard it would be for a dirty Chicago politician to concoct with the Mullahs two agreements? One would pass the U.S. Congress Litmus Test and the other would pass the Iranian Mullahs desire to actually be free to build a bomb. Both can claim their agreement to be the right one, and the ensuing confusion may vindicate Barack Obama if the media spins it in the right direction.

Two US-Iran agreements. One public, one secret Obama could always deny later if made public, and let the smart Israelis figure it out today. Tomorrow, it is too late.

Two US-Iran agreements may be the crowning jewel achievement of Valerie Jarrett’s Chicago dirty politics in all its glory.

In fact, this Two US-Iran agreements theory may have already taken root when one analyzes how each party sees the agreement.

Both sides are contradicting each other already. Jarrett is not going to wait until the end of June for the real details to come out. As far as she is concerned, signing two US-Iran agreements with one made public and the other that remains secret is the solution. One would appease the U.S. Congress and the world while the secret one would pave the way for Iran to build a nuclear weapon.

Washington will never be the same after Barack Obama and his Two US-Iran agreements.