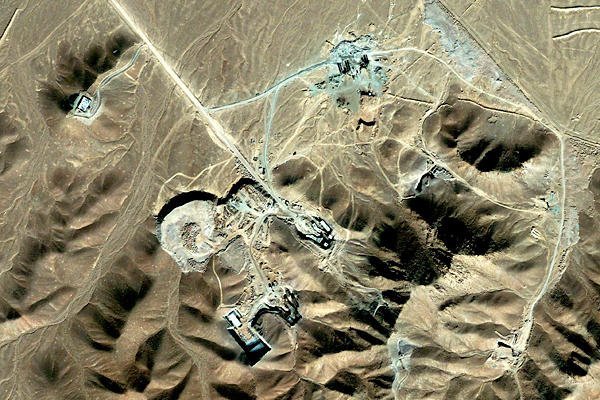 Is Obama paving for a nuclear Iran intentionally?

March 6, 2015 4:29 am 0
When the FSA Speaks, Assad Panics
A Syrian Revolution Museum and a Holocaust Museum in Damascus
The Oxymoronic Arab League

After hearing the speech of PM Netanyahu, I could not but wonder: Is Obama paving for a nuclear Iran intentionally?

During his speech to Congress, PM Netanyahu cited two major concessions the Obama team capitulated to in favor of Iran. One concession dealt with keeping most of the nuclear infrastructure in place, and the other dealt with a sunset clause permitting Iran to join the nuclear sisterhood of nations in a decade or so.

From the Arab and Israeli perspectives, these two concessions pave the way for the violent Mullahs to obtain nuclear weapons instead of blocking them. Netanyahu said it as much during his speech:

As Obama paves the way for Iran to build nuclear weapons in 10 years or less, it begs us to ask an essential question openly, “Is Obama doing it intentionally because he has a hidden agenda or is he doing it out of ignorance in the belief Iran would be gentled into joining the civilized world if the US normalized its relations with the Mullahs?”

The Obama team has often cited the latter is its real purpose. If so, let us look closely at how successful a record the Obama team has, now with almost seven years under its belt dealing with Iran, in coercing this nation ruled by terrorists to join the civilized world.

After his election in 2008, Obama almost immediately dispatched a secret envoy to Iran to begin the process of normalized relations. That year, Iran had limited military influence in Iraq because of U.S. presence, it had limited influence in Lebanon as Hezbollah was still struggling to control the Lebanese Government, and its role in Damascus was that of a consultant nation. Overall, the US and our allies kept Iran’s terror networks in check.

Measure these facts against the ones we are experiencing in 2015.

Today, Iran occupies Beirut, Baghdad, Damascus, Gaza, and Sana’a, the capital of Yemen. Iran has gone from marginalized military or political influence in three Arab countries to full-fledged occupation of four Arab capitals and a strip in seven years. This has happened during a time the Obama Administration has been working so hard to appease Iran by treating its leadership with civility even as Iran, with help from its two proxy thugs Assad and Nasrallah, was conducting ethnic cleansing operations in Syria and Iraq.

The record, if anything, shows how defunct is Obama’s attempt at easing Iran into normalized behavior. The failure is before us for all to see. How can Obama claim such a goal when not only has he failed in reaching any parts of it over the last seven years, but, his appeasement has made it much worse. The facts are clear on this issue.

So, what is the real objective of Barack Obama? It is surely not to convince Iran to join the civilized world. Seven years is long enough period for Obama and his team to realize the folly of their pursuit when the failures stare them straight in the eye.

We must consider then the former part of the question, which is “Is he doing it intentionally?”

Many would object to even asking this question. However, considering that a US-Iran deal may shield the US and Europe from any Iranian acts of terror in the future, if Obama makes enough concessions to Iran, the question becomes much easier to swallow. A nuclear Iran, then, threatens the region but not the West. In Obama’s book, this seems to be an acceptable trade-off. In fact, Obama has already permitted Iran to terrorize and conquer the region unencumbered for the last seven years.

Threatening the region with its own nuclear arsenal means threatening Israel and the Arab countries. This, ladies and gentlemen, is the main reason why Netanyahu came to Washington. Obama has his own agenda and the security of our allies does not even make the bottom to-do list of that agenda. Obama is paving the way for a nuclear Iran in return for guaranteed security for the US and Europe from Iranian terror at the expense of the whole Middle East. It is a total sellout of US interests in that region.

The fact that a nuclear Iran threatens Israel and the Gulf countries is either icing on the cake for Barack Obama who seems oblivious to the damage his policies are causing our allies or he considers it a risk worth taking to protect America from Khamenei’s terror. Either way, Obama is abandoning our allies to Iranian terror and an Iran armed with a nuclear weapon down the road.

The speech Netanyahu delivered peels away the secrecy of Obama’s intentions. Whether you believe the U.S. President wants Iran to threaten our allies or whether you believe he only cares about America enough to neglect our allies in the process is up to you. His disdain for Israel cannot but make you wonder what his real agenda here is.

Furthermore, we know a bit about Barack Obama; enough to make any country dependent on US protection quite nervous. If Obama could easily watch Syrian mothers and children being slaughtered without lifting a finger, he could easily also watch Israeli or Saudi mothers and children get slaughtered by Iran without lifting a finger. Mr. Netanyahu could not say it in his speech, but I can in this article.

Is Obama paving the way for a nuclear Iran intentionally? Mr. President, prove us wrong by linking the security of the region to a deal whose aim, as of now, seems to protect only the U.S. and Europe from Iranian terror and give up the region to Iranian control and domination.

Is Obama paving for a nuclear Iran intentionally?

The Oxymoronic Arab League
What Assad Fears is What the US Avoids Like the Pest.. Go Figure
Bearing Arms or Seeking Peace?
Radicalism 564 Slippery Barack Obama 967