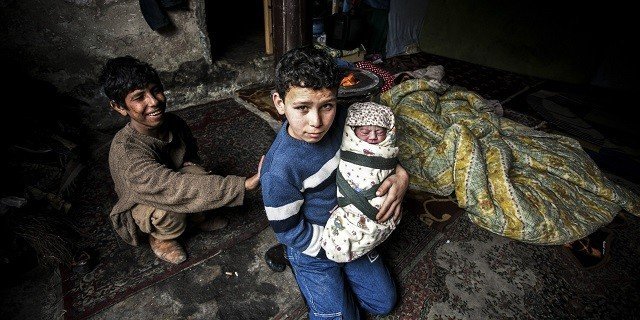 Unlike Israel with secure borders protected by the Iron Dome and an ever so vigilant IDF equipped with the latest detection systems to repel extremists, the Syrian minorities of Syria are ill equipped to repel the extreme elements of the Syrian opposition.

This morning ISIS bombed a school in an Alawite region outside the city of Homs. AP reported that the twin blasts killed at least 17 people, including 10 children. Another 56 Syrians were injured.

As part of a plan Hafez al-Assad instituted in the seventies, minority-controlled towns and villages on the outskirts surround every major city in Syria whose population is mostly Sunni Muslims.

This security belt may work in the case of a short-term uprising, but it turns against the minorities in a long war of attrition, especially when they lose large parts of Syria to extremist elements intent on terrorizing the civilian minorities the way the minorities terrorized the civilian Sunnis.

There is a certainty the Assad regime will retaliate against Sunni families in Aleppo will only increase the crescendo of violence on both sides. A war of attrition the minorities cannot possibly win even if six million Sunnis became refugees in neighboring countries. Eventually the abled men in those refugee camps will come back to Syria to seek their rights to return home.

The blasts are but a crude reminder of how vulnerable the minorities are as long as Assad remains in power. If the more moderate elements in the Syrian Government do not mount a coup to remove the Assad family from power and work towards reconciliation with the moderate elements of the Free Syrian Army, it will get worse and not better.

If Obama is a willing president, the CIA is capable, with billions at its disposal, to formulate such a plan. The problem has been, and remains the presence of Barack Obama as an open dam rushing terror through the valleys of the Levant.

War of Aleppo is Turning Against Assad
Syrian regime continues destruction of Aleppo
Half of Syria’s children are not in school, creating dire consequences for the future
Radicalism 567 Slippery Barack Obama 976