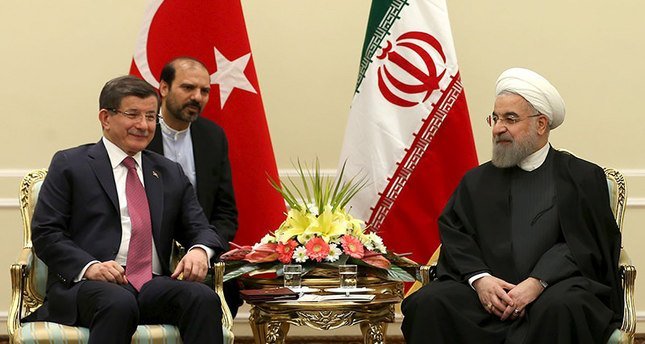 Turkey and Iran, two countries on opposite sides of Syria’s civil war, agreed they must cooperate to end sectarian strife, including support for a fragile ceasefire, in the region after their leaders met in Tehran on Saturday. Big trouble for Israel ahead if the Israelis cannot find a way to agree with the Turks and the Saudis against Iranian hegemony in the region. Helping the Kurds split Syria is uniting Israel’s two biggest enemies.

Iran, along with Russia, has stood by Syria’s psychopath Baschar al-Assad in the five-year war, providing him with military and financial support, while Turkey is his most outspoken critic and has backed opposition forces.

“We may have different views but we cannot change our history or our geography. It is extremely important for Turkey and Iran to develop some common perspectives in order to end our region’s fight among brothers, to stop the ethnic and sectarian conflicts.”

Iranian President Hassan Rouhani echoed the sentiment. He was quoted as saying by state news agency IRNA in a meeting Davutoglu:

“We believe regional issues should only be resolved by the regional countries and nations. Iran and Turkey’s cooperation would be constructive in bringing lasting peace to the region,”

In other words, thank you Russia but it is time you left the region. A sentiment echoed by Turkey, Europe, and NATO.

Majority-Sunni Turkey is close to Saudi Arabia, which has cut its diplomatic ties with Shi’ite Iran and is concerned about Tehran’s growing clout in Lebanon, Syria and Yemen.

“We have our differences on some regional issues, but we are determined to manage the differences to reach stability in the region … Iran and Turkey would both benefit from regional security and stability,” said Iranian Vice-President Eshagh Jahangiri, standing alongside Davutoglu in comments carried live by Turkey’s NTV and Iran’s Press TV. This could only mean big trouble for Israel ahead.

The meeting, days before the planned resumption of Syrian peace talks in Geneva, also focused on a ceasefire that is largely holding in Turkey’s war-torn neighbor.

“We believe staunching the bloodshed will establish an important basis for political negotiations. To this end, Turkey and Iran will, together and separately, undertake initiatives with the sides with which they have influence,” Davutoglu told reporters after meeting Rouhani, who he said would visit Turkey.

Reaping trade benefits from the easing of international sanctions against Iran in January was also discussed.