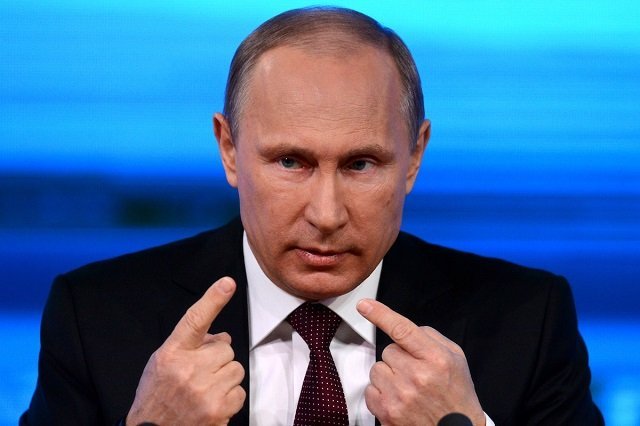 November 11, 2013 3:39 pm 0
I dare you to defeat ISIS
Why moderate Muslims should NOT speak out
Head of an Iranian Industry Group is Assassinated in Damascus

The Russian media under Putin’s control, both Pravda and The Voice of Russia, are on the offensive against Saudi Arabia after the Saudi move to distance itself from the Obama Administration. Mr. Putin wants the US to control Saudi arming of the Syrian opposition as part of his plan to manipulate the White House and bring attention to a nuclear Saudi Arabia.

Putin’s next target is Saudi Arabia.

This at a time Iran is building a nuclear program, which Putin himself is calibrating for his own personal maximum advantage.

When it comes to the Obama Administration, Mr. Putin is like a doctor delivering the virus and its antidote to a willing Mr. Obama.

“It is remarkable that the U.S. knows that the kingdom has an agreement with Pakistan to buy nuclear bombs, and the Saudis are trying to get the bomb. What do Iran and Israel have to do? The answer is obvious. Why then this hypocritical fuss about North Korea? The answer is not obvious, but one of the theories is that some can have a bomb, while others cannot, and this is decided by the U.S.”

Putin is pressuring the US to take some preventive action against Saudi Arabia. This is Putin’s next target.

Of course, Putin does not find any fault in protecting the mass murderer Assad or invading other countries without seeking any UN Resolutions. Only the US must seek UN’s permission or act in his own best interests and in accordance with the Syria agreement Mr. Putin arranged for Mr. Obama to sign off on.

In addition, Mr. Putin knows that Mr. Obama does not have the Chutzpah to control a 160 cm tall Valerie Jarrett let alone control a country. Therefore, he resorts to soft public flagellation as the language of choice.

Incidentally, did you know Ms. Valerie Jarrett was born in Iran? Is it a coincidence Assad is surviving because Mr. Obama has refused to arm the Syrian Rebels early on?

Is it a coincidence Ms. Jarrett is probably behind the appeasement of Iran to give Khamenei the space and the time to do harm? She is making so many enemies in Washington; it is a question of time before Ms. Jarrett faces some real difficult time.

All eyes are on her now and Washington is as relentless and as vicious as they come. Just ask all the military men she helped purge from the Obama Administration. .

Another Russian media lapdog, The Voice of Russia, cites an expert:

The Voice of Russia made no mention of Russian weapons killing and burning Syrian children and women courtesy of Mr. Putin.

This Putin’s next target and campaign against Saudi Arabia is a sign that Mr. Putin knows the Kingdom is no longer under US influence. Putin’s miscalculations, after his FM Lavrov and US Secretary Kerry struck a bad deal on Syria, was to rely on his new partnership with Mr. Obama to curb Saudi Arabia. Those miscalculations are worrying Putin and he is trying to raise some alarms in the US in the hope Mr. Obama would confront Saudi Arabia the way he has confronted Israel.

What the Kingdom needs to do is go on a charm campaign offensive in Europe to remind the EU public that their winter warmth are a switch-flip away in the hands of a mass murderer supporter.

It is time for the world to know what Putin is capable of if left to manipulate the White House by a welcoming Valerie Jarrett.

Why Does It Take a Fire?
And the Winner is… Iran’s Nuclear Program
Syrian Defense Minister in Iran Begging For Help
Slippery Barack Obama 973