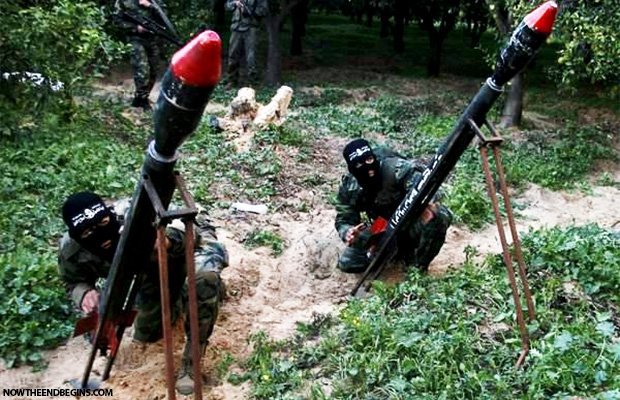 Obama to American Jews: Block Iran Deal and Rockets Will Fall on Israel Either Way

If you want to know what a real dirty politician does when he is unable to get his way, watch Barack Obama play on Jewish fears in support of an Iran deal that aims at killing Jews.

He told U.S. Jewish leaders it was likely rockets would fall on Tel Aviv if a nuclear deal with Iran was blocked and military action ensued, one of them said on Wednesday.

Greg Rosenbaum, one of 20 Jewish leaders who met Obama at the White House on Tuesday, said on Israel Radio that the president spelled out what exercising a U.S. military option to strike Iran’s nuclear facilities would mean if the deal between world powers and Tehran was scrapped.

“He said military action by the United States against Iran’s nuclear facilities is not going to result in Iran deciding to have a full-fledged war with the United States,” Rosenbaum, of the National Jewish Democratic Council, quoted Obama as telling the forum.

“‘You’ll see more support for terrorism. You’ll see Hezbollah rockets falling on Tel Aviv.’ This is what he said would happen if the U.S. had a military strike on Iran,” Rosenbaum said, referring to the Iranian-backed Lebanese guerrilla group and its long-range missile arsenal.

In other words, Obama is telling the American Jews “If you don’t support my deal, rockets will fall on you either way. So you might as well submit to me the way you submitted to Hitler.” No wonder Obama is using this technique. Some American Jews have already and totally submitted to his war against Israel.

Rockets will fall on Tel Aviv because Barack Obama is providing its arch-enemy Iran with the time, space, and funds for open warfare against Israel through his Iran deal. Now, he is telling American Jews, “You are going to get the rockets either way.”

Talking about dirty Chicago politics!  Obama keeps bringing up war when everyone is refuting this notion. For him, it is either war or a bad deal. Should this not be a red flag for American Jews that Obama refuses to admit there is a middle ground? Jarrett must be laughing her heart out with Michelle by her side.

In a separate appeal to American Jews, Israeli Prime Minister Benjamin Netanyahu, a fierce opponent of the July 14 accord, pushed back in a webcast on Tuesday against the Obama administration’s argument that the agreement was the only way to avoid eventual war with Iran.

Netanyahu, in the webcast organized by American Jews in North America, reiterated Israel’s arguments that the nuclear deal was not enough to curb Iranian nuclear projects with bomb-making potential.

“This is a time to stand up and be counted. Oppose this dangerous deal,” Netanyahu said.

Obama to American Jews: Block Iran Deal and Rockets Will Fall on Israel Either Way