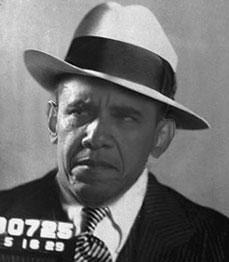 January 23, 2015 5:39 pm 0
Netanyahu: Iran Deal Will Fuel Terrorism
Obama’s danger
The absence of US leadership makes the world more dangerous than ever

After learning, by way of watching TV, that Prime Minister of Israel Benjamin Netanyahu will be addressing a joint session of Congress, The White House refused to schedule a meeting with PM Netanyahu as punishment for circumventing Barack Obama and Valerie Jarrett in accepting the invitation without their permission.

Just imagine Obama jumping in Valerie Jarrett’s lap while crying “He did not ask me… Valerie, he did not ask me. I hate this man”. Valerie, in return, strokes his hair by telling him “Shhhh Barack… Shhhh my darling… We will avenge his disrespect … Calm down … Here, take this lollipop sweet baby”.

As if not meeting with PM Netanyahu was not enough, a senior official (I suspect Ben Rhodes) actually threatened PM Netanyahu by making the following statement:

Netanyahu ought to remember that President Obama has a year and a half left to his presidency, and that there will be a price.

Yes Obama and his thugs did say that.

I have never, ever heard a sitting US President threaten the Head of State of an ally PUBLICLY.

It goes to show you the milieu of Barack Obama, one where a man smoked, cursed, and threatened people. Can someone remind me if Al Capone ever smoked?

According to the White House spokeswoman Bernadette Meehan, Barack Obama will not be meeting with Benjamin Netanyahu in mid-March when the Israeli Prime Minister arrives Washington to address a joint session of Congress.

The excuse provided by Meehan has to do with Obama interfering in Israeli elections expected to be held on March 17 because it will be seen as favoring one candidate over another.

I have news for our President: You are doing PM Netanyahu a great favor.

How many Democrats you campaigned for in 2014? How many lost? Do you really think PM Netanyahu want you by his side?

The egocentric, self-loving Barack Al Capone Obama must think he is more popular in Israel than any other Israeli politician to act in this manner. He really thinks Israelis, knowing how much Obama has done to harm their interests, would actually respond to his boycott. Just as US voters responded to him in the 2014 mid-term elections many called it “The shellacking of Barack Obama”.

It was a trap Barack, and as usual you fell right into it. If I was advising the Prime Minister, I would ask him to keep at least a mile away from you. You did him a great service by refusing to meet him.

Having said that, let me take a different and more generic position on this matter.

Israel, in addition to Saudi Arabia, are America’s best ally in the region (Obama thinks the Mullahs who killed over 4,000 of our troops in Iraq are our best allies). While both the US and Israel do not always enjoy the best relations, nonetheless Israel needs America and America needs Israel. While both have different views on matters dealing with interests and national security, both usually find a way to put those differences on the side because both have two monstrous enemies in the Sunni Salafis and the Shia Mahdis.

The sad part about Barack Al Capone Obama threats is that he forgot who the real enemy is. He forgot that we are all fighting Muslim extremists, terrorists, and mass killers in Iran, in Syria, in Iraq, and in Yemen now. Barack Al Capone Obama put his own personal interests ahead of the country the moment he issued that threat. How did we vote for this man, I will never know.

Here is what to expect next.

Expect Obama to pressure the Democrats in both houses to sit out Netanyahu’s appearance.

Expect Bill Clinton to seek more concessions from Obama in return for not neutralizing Obama’s calls.